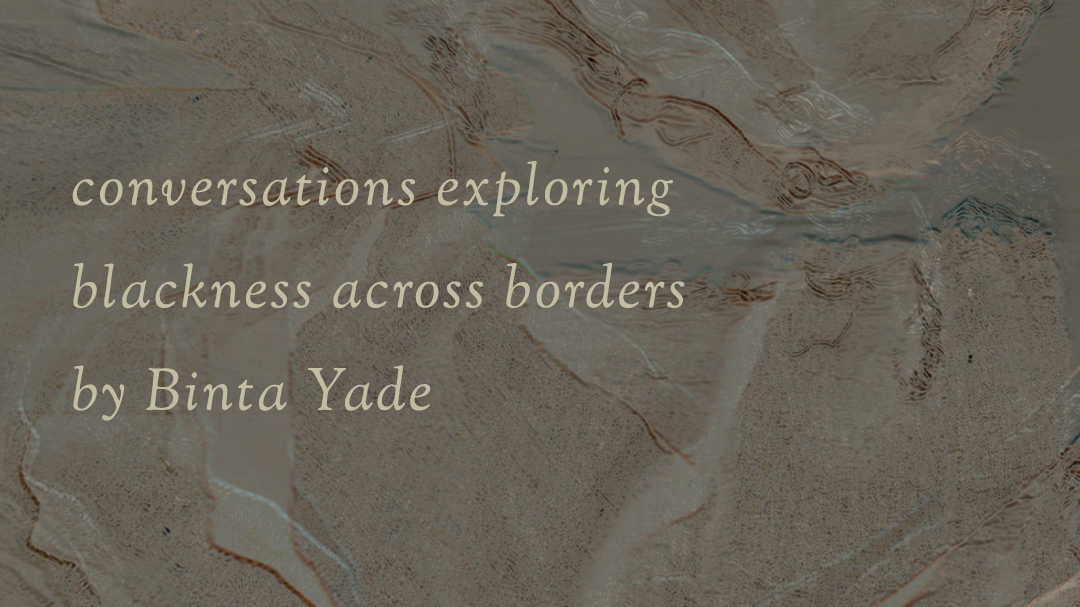 Binta is no stranger to Race Matters; her previous episode ‘I Am Black, I Am a Woman, I Matter’ resonated with many Race Matters listeners and highlighted the experience of Black womanhood in a post-Black square, seemingly racially more aware world. She returned to interrogate how Blackness is experienced in different, predominantly white spaces with a variety of creatives and activists. Binta joined FBi Radio producer Tariro Mukando to discuss the new series and stories it explores.

“Beyond Borders is a mini podcast series about how Blackness materialises in the UK and Australia given the different histories the African diaspora has in those countries. It also looks at how Black people in those countries constantly kind of redefine and push beyond the mainstream.”

“There aren’t doors waiting for you wide open but if you can find the right doors, find the right key, then I think the Black [creative] scene in Australia could be something really, really remarkable.”

The influence of Blackness can be seen globally, especially on social media where Black people are the creators and curators of what’s cool. Regardless, white people who appropriate Blackness are still given more opportunities to thrive off of Black culture. Writer, political analyst, and activist Sisonke Msimang shared her insights on the reality of this appropriation on the episode.

“The influence of Blackness on the lives of their friends is pretty intense. Here, I am talking about a Blackness that is consumed rather than lived … everything Black is cool and everything Black is learnable … I’m just fascinated that Blackness finds its way into people’s lives as something they are entitled to consume.”

Episode one also featured a conversation between Binta and anti-racist facilitator and advocate, Maxine Thomas-Asante. Maxine highlighted the importance of radical dreaming and imagination in order to create change.

“We need to take the time to reimagine, or we are not going to see change. When we start to want to create change, we have to do the process of radical dreaming and radical re-imagination.

“We need to keep fighting because the status quo is unacceptable.”

You can stream the episode below, or wherever you listen to podcasts.