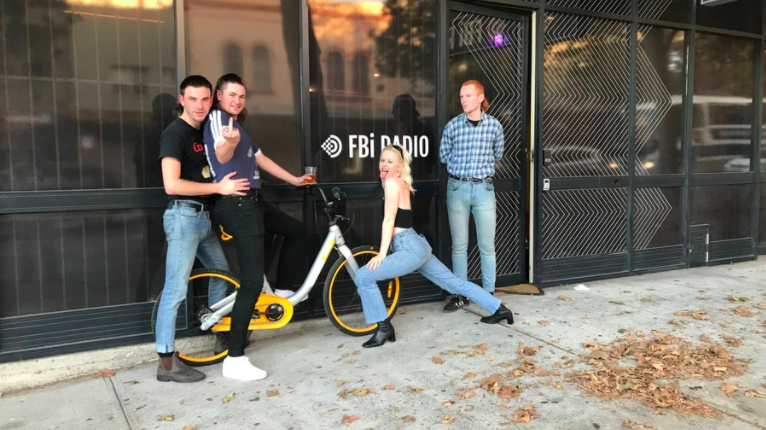 Despite the pandemic, Amy Taylor seems to be everywhere at the moment – lobbing up as guest vocalist on new albums by two of the most vital bands on the planet (released within mere days of each other), Sleaford Mods and Viagra Boys.

To celebrate the burgeoning global renown of our down-home pocket-rocket and her brilliant band of no-nonsense Sniffers we thought we’d revisit this incendiary live-in-studio performance from just before the plague hit.

On his arrival Jack found Amy fast asleep, with her head pressed into the dirty floor of our small station stage. Within minutes she sprang up like the Energiser bunny – giving her all on the mic despite having an eviscerated voice from a sold-out gig at The Tote in Melbourne the night prior. To save what was left of her vocal chords we spared her from the interview in the main – but the fellas were forthcoming when discussing their exponential explosion from unassuming share-house band to strutting Gucci models in Milan.

Not only did these road-hardened troopers go on to obliterate the Paddington RSL later that night, Amy backed up to DJ (after Jack) at the afterparty at the Lansdowne. Some people are truly are born for this shit!

Re-indulge in quintessential A&TS via their 2019 in-studio performance up top.

Tune in to Jack Off with Jack Shit every Saturday from 3pm!