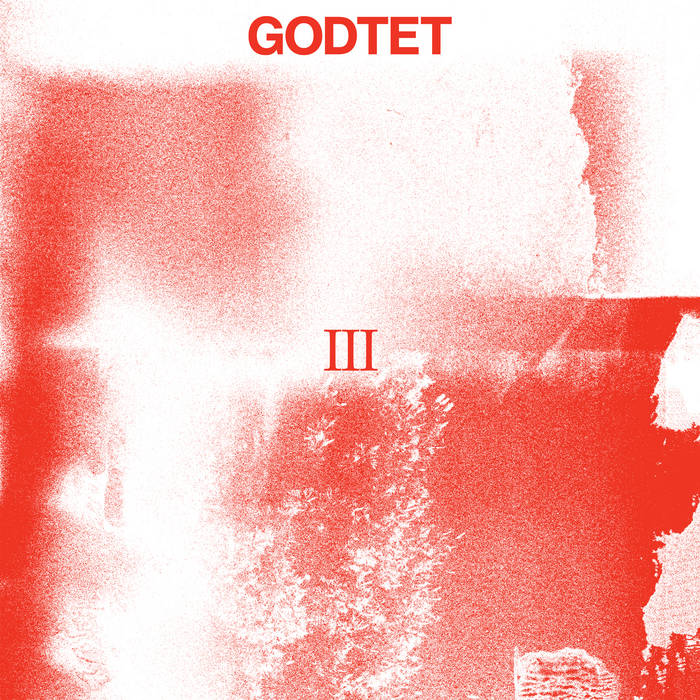 Just over a year after their second record, Sydney instrumental collective GODTET complete their self-titled triptych with the textural and sinorous GODTET III. Helmed by formidable multiinstrumentalist and producer Godriguez, the latest iteration of GODTET pieces together an ensemble of the finest talent drawn from Sydney’s new generation of funk, jazz and instrumental hip hop scenes. Where GODTET II saw the group strike a balance between improvised ensemble and beat production, GODTET III moves away from the sample-based foundations of its predecessor, entirely improvised and recorded live with no overdubs. The third and final installment in the GODTET trilogy is, appropriately then, a full-circle moment for the group, returning to the artistic methods that helped spawn their 2017 debut LP. In its spontaneous creativity, you can hear years of intensive, far-wandering playing, painstaking recording and prodigious gigging. Organic and radiant, you can feel the emotional bonds formed between members and the musical language shared by its disparate creators shining through. The final installment in the GODTET trilogy caps a period of time in which the group found and defined themselves, producing a standing achievement in Sydney music along the way.

Music is the Medicine

Ghana-born, Western Sydney-raised singer, producer and songwriter BLESSED deconstructs genre barriers and challenges the traditional ideals of a rockstar with his debut mixtape, Music is the Medicine. Channeling his peerless productivity and prolific past output into a more expansive format, Music is the Medicine applies BLESSED’s polymath approach to genre and style across a full-length canvas that threads together hip hop, punk rock, R&B and alt-pop. Evading labels and categorisations, what brings together the oft-undefinable Music is the Medicine is BLESSED’s guitar playing, which ranges from crunched-out, emo-inflected riffs to shifting, melancholic layers of atmospherics. Above all, BLESSED’s debut is his own paean to the uniquely redemptive powers of music, charting a journey of introspection, self-discovery and heartbreak as mediated through the solace and healing provided by art. 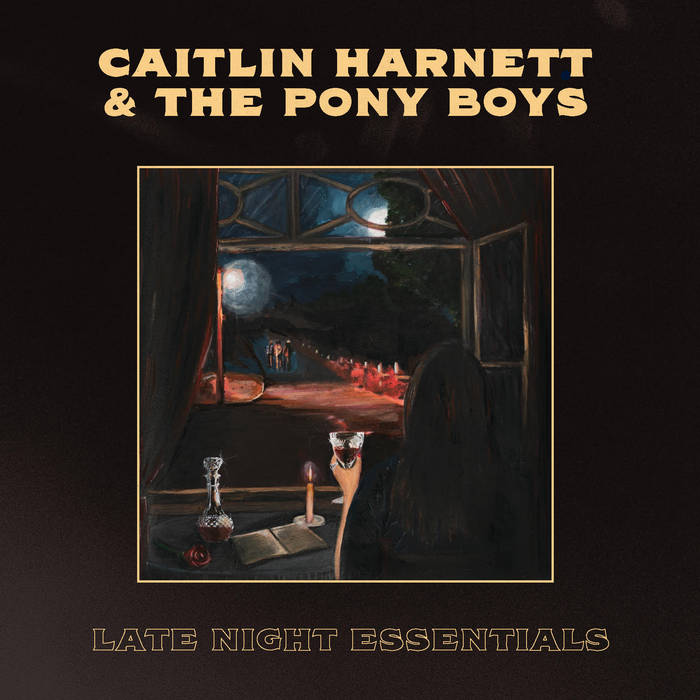 Late Night Essentials is the aptly-named debut album from alt-country quartet, Caitlin Harnett & The Pony Boys. Having built up a rapturous following around their highly-buzzed-about, award-winning live show, Late Night Essentials captures the foursome in all their live glory, translating it into a full-length document recorded over a single day in the living room of producer, The Middle East’s Jordan Ireland. Following her 2014 solo LP, Late Night Essentials is Caitlin’s first album recorded alongside her backing band, The Pony Boys, who move with the intimate alchemy of a single, seamless unit, allowing their individual and collective talents to simultaneously shine through at any given moment. Folding notes of Americana and 70’s radio rock into their whisky-soaked alt-country, the four-piece evoke the oppressive, windless days and long, sticky nights of summertime with lush melodicism, soaring saxophones and twangy guitar licks. Coloured by a warm resiliency and an aching tenderness, Caitlin’s vocals cut through the band’s backdrop with a tactile sense of honesty and a slow-burning emotional acuity that consoles the heart while also pulling it apart, surveying regret, relationships and trying to find a way to a better you. 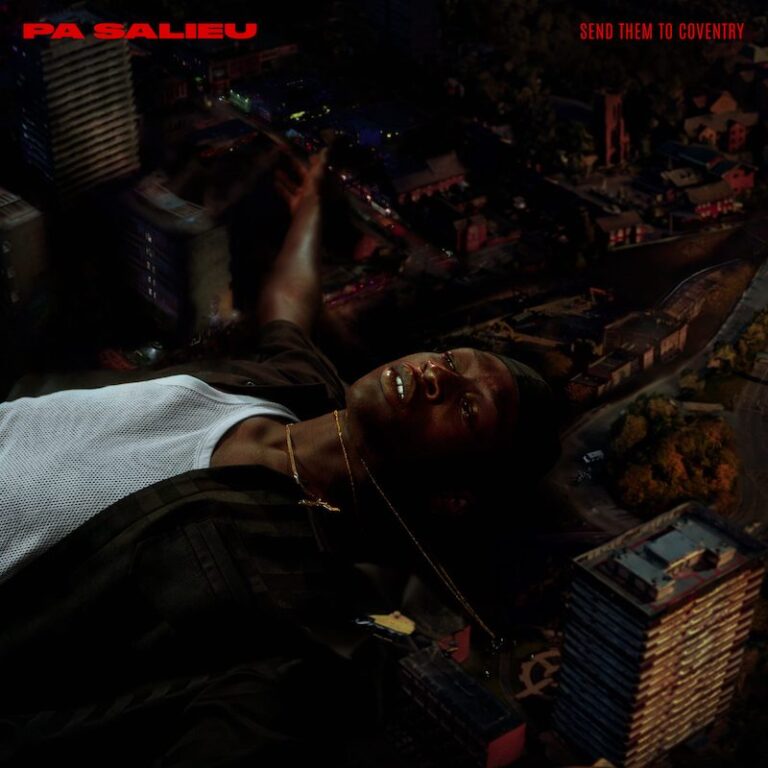 Send Them to Coventry

British-Gambian rapper Pa Salieu caps a breakout 2020 with his debut mixtape, Send Them to Coventry, confirming himself as UK rap’s brightest new star. Lurching between afroswing, dancehall and drill, Send Them to Coventry differentiates itself amidst a crowded field of UK rap through its own inventiveness and originality. Building bleak soundscapes of murky bass, ghostly synths and muted, minor-key dub, Pa Salieu’s debut shines a light on his interminably malleable voice, oscillating between understated flows, spirited dancehall toasts and a venomous, imposing bellow. Full of unsparing tales of life growing up in his maligned hometown of Coventry, Pa Salieu’s debut mixtape is devoid of the lush melodicism found in other afroswing releases, instead chasing an impression which is rawer and more visceral while just as infectious and anthemic. 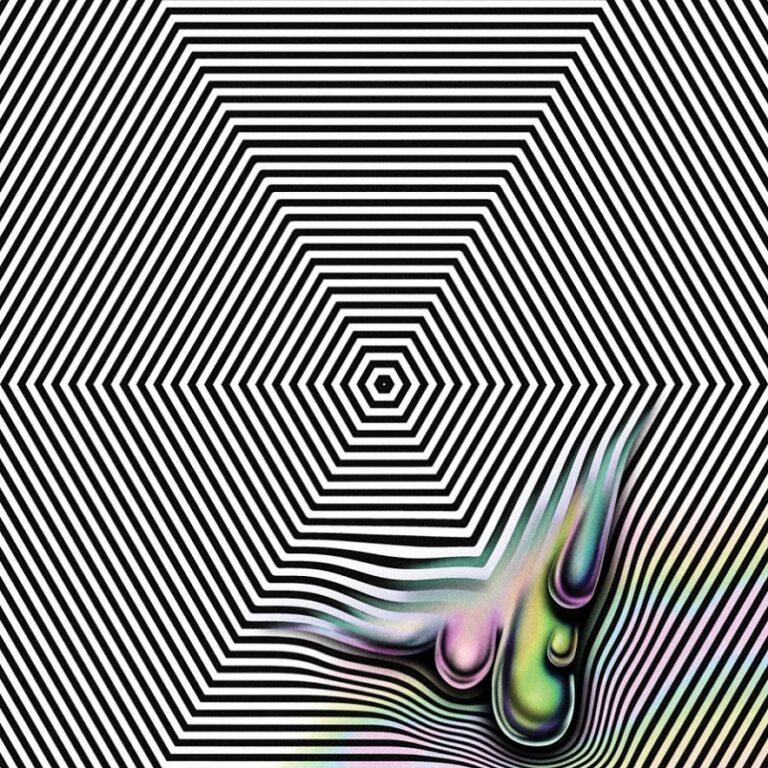 Onoehtrix Point Never surveys a decade-long career of entrancingly odd, beautifully challenging output with his latest full-length, Magic Oneohtrix Point Never. Structured to mimic the experience of listening to the radio from morning to night, Magic Oneohtrix Point Never sounds as if it’s constantly stuck between the dials, full of unstable tracks that are caught in an endless process of becoming and disintegrating. At the same time, this all-over-the-place album is Oneohtrix’s smoothest and most polished release to date. Executive produced by The Weeknd and featuring collaborations with Caroline Polachek, Arca and others, Magic… represents the high point of Oneohtrix’s long move towards more traditional song structures. Compressing all the eras of his career into one record, Magic Oneohtrix Point Never flits between vaporwave plunderphonics, warped R&B and unnerving cinematics, coloured by an opulent, exceedingly pretty palette of sounds that blur the line between fake and real. Threading his usual themes of nostalgia, memory and cultural taste with a more accessible spirit and a pervasive sense of melancholy, the ninth studio record from Oneohtrix Point Never showcases a remarkable talent for shaping the incomprehensible into something far more beautiful. 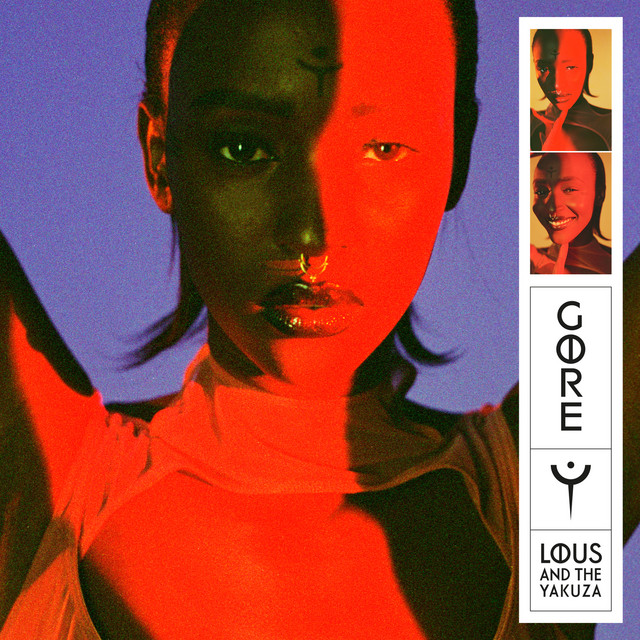 Lous and the Yakuza

Congolese-born, Brussels-based singer Lous and the Yakuza takes her place among a new wave of global popstars with her debut full-length, Gore. Referencing the bloodstained camp of horror movies, Gore distils a lifetime of pain and trauma – from Lous’ family fleeing a worn-torn Congo as a child to growing up in a violent Brussels neighbourhood to a period spent living homeless – with elegance and serenity, a testament to Marie-Pierra Kakoma’s continued survival. Produced entirely by El Guincho, the Spanish producer best known for his work on Rosalía’s breakthrough 2018 LP, El Mal Querer, Gore mixes Lous’ lace-like flows and hypnotic sense of melody with skittish trap beats and holy, reverential electronic arrangements. Her genreless, borderless sound reflects the international conditions of her upbringing, while her lyrics speak to the conditions that have shaped her life as a Black woman in modern Europe: colonialism, colourism and the contradictions of existing in between cultures. 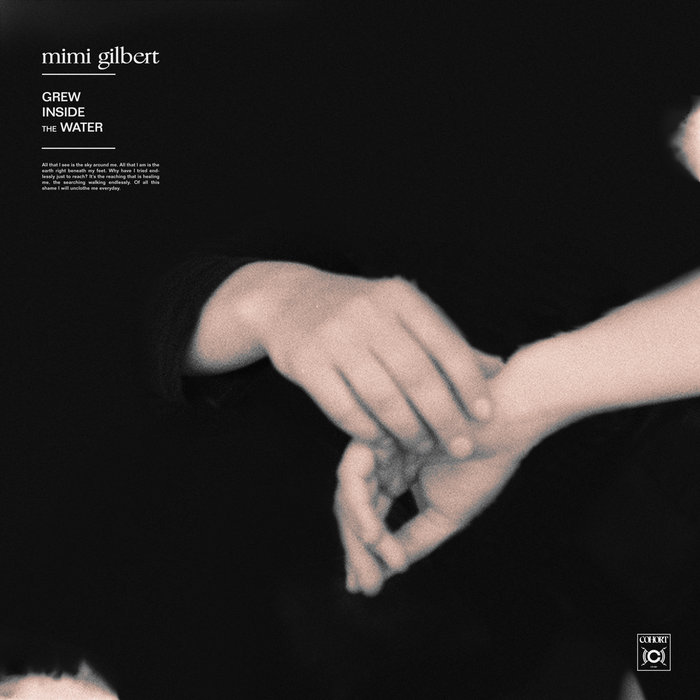 Grew Inside the Water

Melbourne singer-songwriter Mimi Gilbert outs herself as one of Australian music’s best kept secrets with her debut full-length, Grew Inside the Water. Having toured with Angie McMahon, Nadia Reid, Julia Jacklin and others, Mimi Gilbert’s career has, until this point, been spent mostly in isolation, patiently honing her craft and recording tracks alone in her house. The songs on Grew Inside the Water shatter these walls of privacy, dissecting Gilbert’s life with gentle production, muted guitars and softly rumbling floor toms. A suite of delicate and spare folk ballads that channel the airiness of Laurel Canyon with the heartrending confessional lyricism of Adrianne Lenker, Grew Inside the Water is a remarkable debut record. Ultimately, the album lives out Mimi’s own process of thawing out, waking up to real pains and working to heal, forgive and grow again. 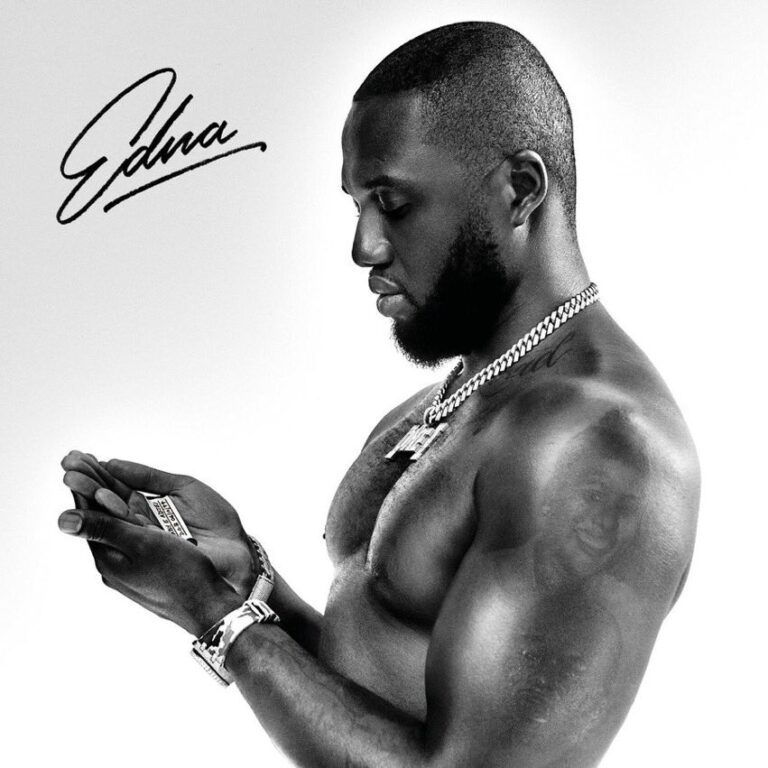 Tottenham MC Headie One transcends London’s drill scene and stakes his claim to international greatness on his debut studio record, EDNA. Having honed his craft across 8 expansive, stylistically adventurous projects, EDNA arrives as a sprawling, lavishly produced opus that lunges away from drill’s cold soundscapes towards genre-averse experimentation, from silky R&B to mournful, minor-key hip hop to balmy dancehall to minimal, claustrophobic grime. Encompassing pensive reflection, boastful celebration and a spectrum of emotions in between, Headie One addresses his mother’s death as a kid, his time spent dealing drugs, the realities of growing up in a North London housing estate, his incarceration and more. Reflecting on the personal juncture that Headie One finds himself in in his personal life, EDNA features his most reflective, vivid lyricism to date, as he paints a portrait of an artist caught between the trappings of his new lifestyle and the still-present pangs of his old life. On his debut full-length, Headie One moves beyond that old life, earning his status as the London drill scene’s breakout star. 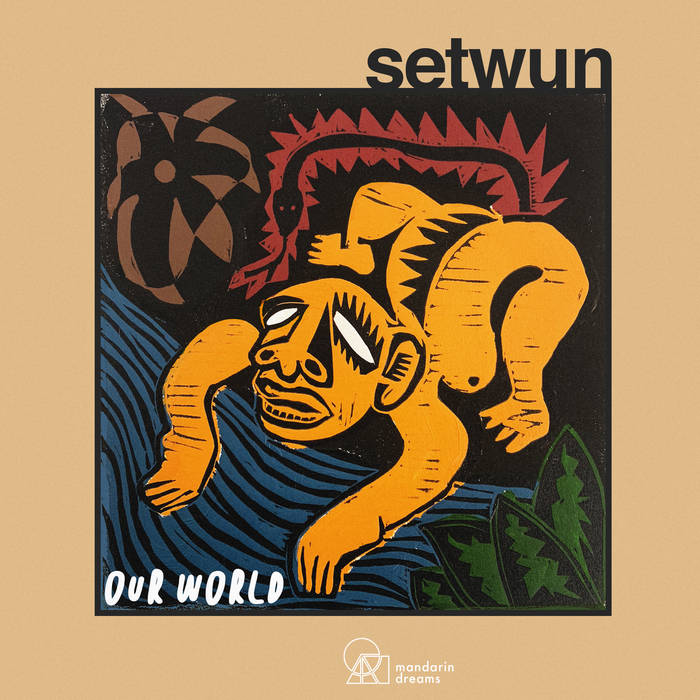 Sydney-based multi-instrumentalist and producer Setwun continues his fiery 2020 streak, gifting his latest project, Our World. His third record of the year, following the debut of his collaborative project with Hugh B, Yeah Definitely, and April’s In Search of the Butubutu, Our World cements Setwun as one of the most prolific, talented and hard-working musicians Sydney has to offer. A suite of devotionals to music itself, the tracks on Our World seem to reach impossibly higher and higher, riding syrupy rhythm sections and sweltering, frenzied percussive grooves that sound as if they could run all night long. Featuring Setwun’s own vocals more extensively than any previous project, the personal nature of Our World is hard to escape, spirited by a palpable passion for his art. With ideals of uplift, healing and listening at its core, Our World is a celebration of the power of creation and artistic expression – its ability to unite, to help us better understand ourselves and one another.

Multi-instrumentalist, producer and singer BERWYN unveils his debut project, DEMOTAPE/VEGA. With just a smattering of solo singles and guest features prior to the release of DEMOTAPE/VEGA, BERWYN’s debut full-length project cements him as one of the most innovative new British artists to emerge this year, fusing emotive, post-Blonde minimalism and austere electronic soundscapes with rap, soul and R&B. Born in Trinidad and Tobago, BERWYN’s confessional and starkly poetic narratives detail his experiences growing up as an immigrant in an East London housing estate, covering his uncertain visa status, his mother’s incarceration, his time spent living homeless, the loss of friends to violence and more. With BERWYN’s delivery ranging from heartwarming and soothing to chilling and spare, DEMOTAPE/VEGA unearths the humanity beneath invisible, everyday battles.