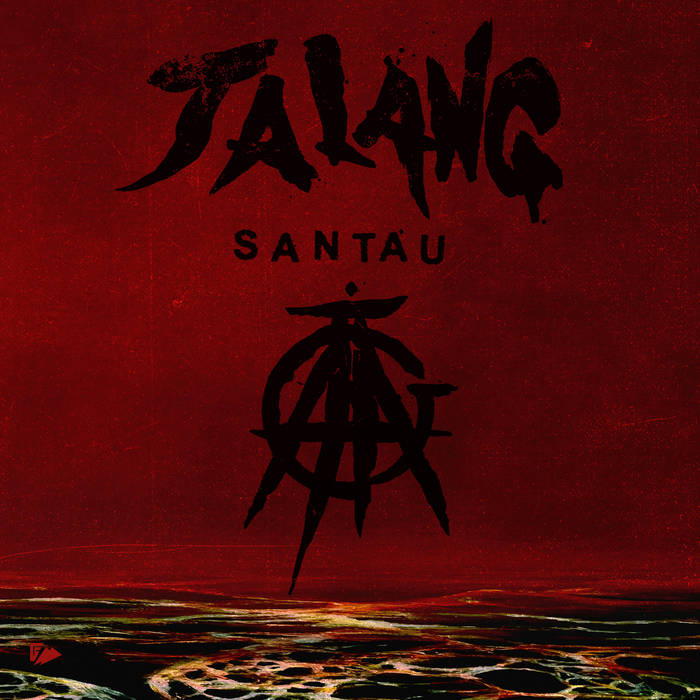 Naarm based 4 piece Jalang deliver their ferocious and unique take on hardore punk with their debut album Santau.
Taking their name from a Bahasa Indonesia word that has dual meaning – wild or undomesticated for the masculine and promiscuous or evil for the feminine – the band reclaim this duality, embracing the power of the feminine.
Santau navigates the personal narratives of Jalang’s members, reflecting on diasporic experiences and examining politics, religion, feminism and queer rights in Southeast Asia. With vocals delivered in both Bahasa Indonesia and English, Jalang present a sonic representation of entwined identities and a triumphant and fearless defiance of colonialism in both Australian and Indonesian history. 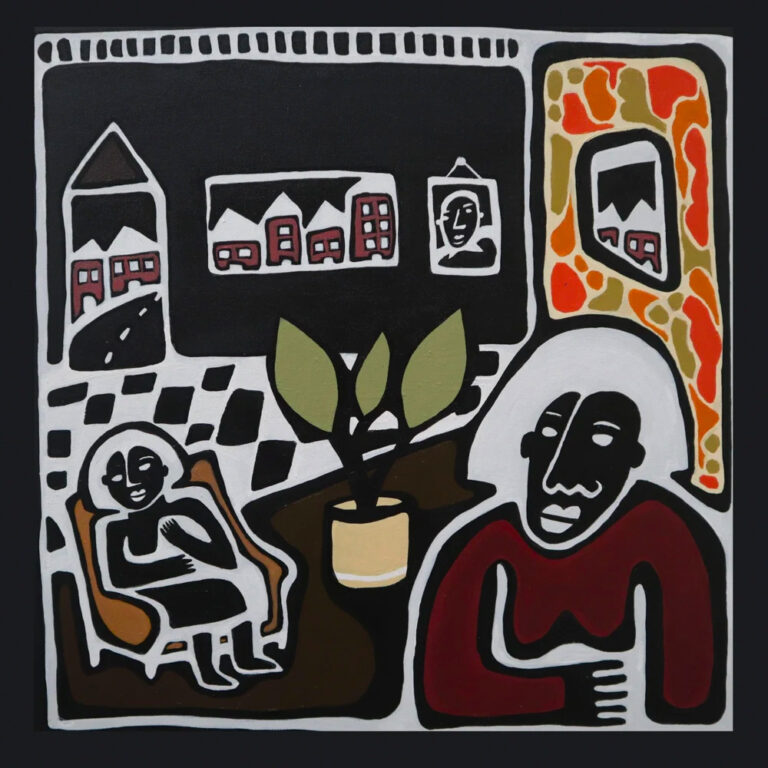 I Feel Better But I Don't Feel Good

A day before her new album was released, Alice Skye posted a tweet reading: “fun activity for today: listening to our album start to finish and questioning absolutely everything about it the day before it comes out“, quickly followed by a second tweet “I can’t explain how excited and yet deeply embarrassed I am“. In much the same way, Alice Skye exposes her anxieties and inner doubts with self-depreciating humour and tenderness on her second album I Feel Better But I Don’t Feel Good.
Weaving richly unfolding melodies and introspective lyrics into gently rocking ballads, the Wergaia & Wemba-Wemba singer-songwriter digs into intimate topics surrounding mental health – where a good day might be followed by a bad one without much discernable reason – and the flow on effect this has on one’s relationship with others and the environment around them.
Produced alongside Jen Cloher and Alice’s childhood friends and close bandmates, Sam and Kane King, the album delivers a richer sound to match Skye’s musical development, building upon her intimate piano led first album. Despite the heavier themes, Alice Skye’s songwriting exhibits a lightness of touch, her soothingly emotional voice softening the message, and offering a hopeful acknowledgement and recognition of those living daily with anxiety. 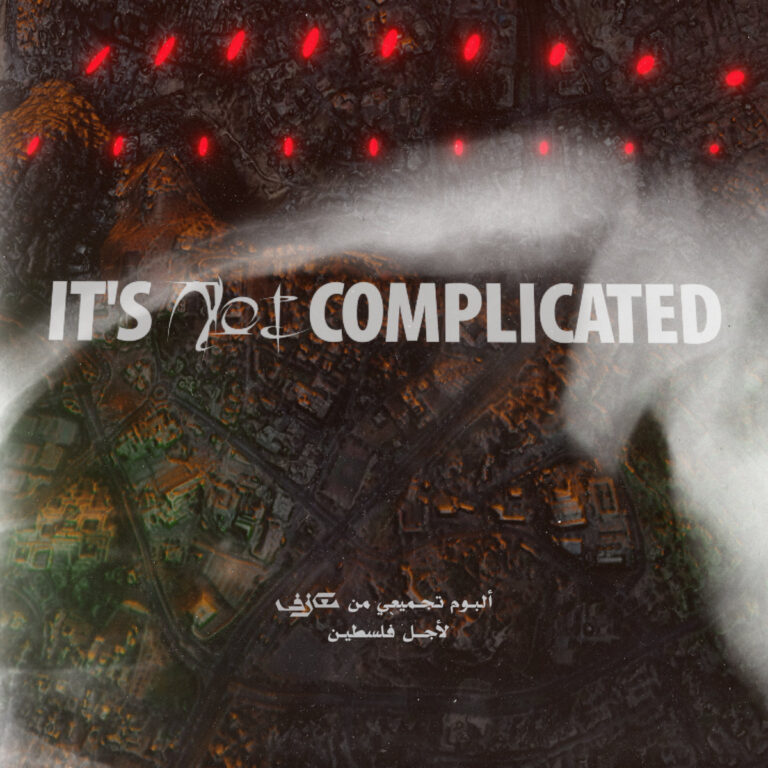 Ma3azef - It's Not Complicated (Compilation)

Tunisian web-magazine Ma3azef brings the fight for occupied Palestine to the forefront with their compilation It’s Not Complicated. Created alongside renowned New York-based Egyptian audio engineer Heba Kadry (whose credits include Björk, Slowdive, Ryuichi Sakamoto, Deerhunter, Beach House and more), Ma3azef has assembled a glistening array of electronic music from an international lineup. With all proceeds going to Medical Aid for Palestine and Grassroots Al-Quds.
Opening with ambient pioneer Brian Eno and including new tracks from the likes of Against All Logic, Bergsonist, Asifeh and Firas Shehadeh and LAFAWNDAH. The collection paints what Ma3azef refers to as a “a sonic tale of occupation, colonial violence and resistance in the face of an attempt to erase a land, a people, a history and a future”. This compilation is dedicated to those surviving daily in occupied Palestine, cutting through the convoluted rhetoric and debate around the existence of Palestine, pointing to the truth – It’s Not Complicated. 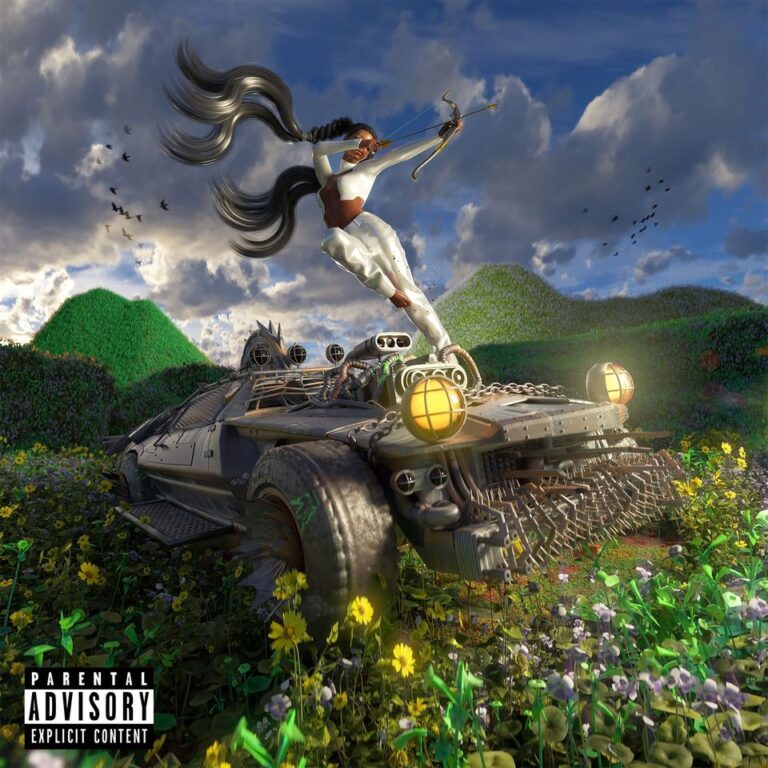 Tkay Maidza delivers Last Year Was Weird Vol 3, the third and final instalment of her critically acclaimed series of mixtapes. Returning with all of the technicolor flair that we’ve come to expect from the genre spanning Adelaide rapper.
Despite what the title might suggest, her latest mixtape is not allusion to the the global pandemic but instead continues the documentation of her artistic development and continual rise to global stardom.
Displaying the impressive versatility we’ve come to expect from Tkay, the release encompasses industrial tinged trap, house, gospel and even low key R&B moments, tied together with her signature style flow, alluring hooks and airy harmonies.  On club ready single ‘Syrup’ Tkay proclaims that she’s ‘Goddess-like Artemis’. The cover art depicting  Tkay Maidza as a 3D rendering of the Goddess, shooting an arrow to into the stars. An apt piece of imagery to adorn the cover of Last Year Was Weird Volume 3. 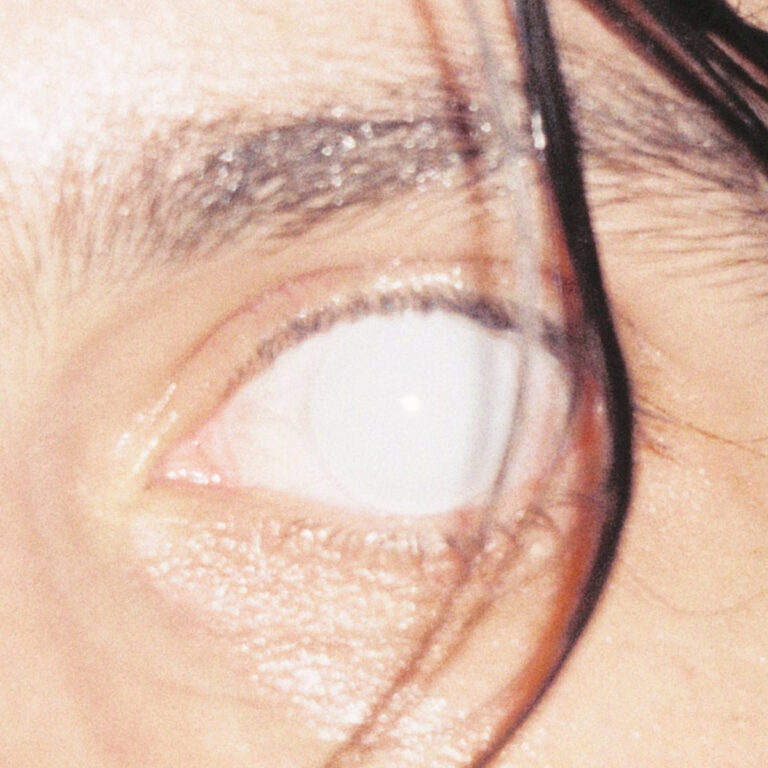 Trust is the debut album from Melbourne based duo Armlock. A warmly textured and intimate collection of songs reflecting on the restlessness of adulthood and the internal friction of personal growth.
Marking a significant departure in sound from each writer’s previous involvement together as former members of electronic outfit I’lls, the duo thoughtfully lean into the empty spaces and quiet moments on Trust. Crafting a soundscape that is richly layered but deceivingly simple and organic.
Each track on Armlock’s debut album is like a different still-shot of the same fleeting daydream. Dwelling on both familiar and deeply personal anxieties but cushioned in a reassuring and mellow, soft glow. 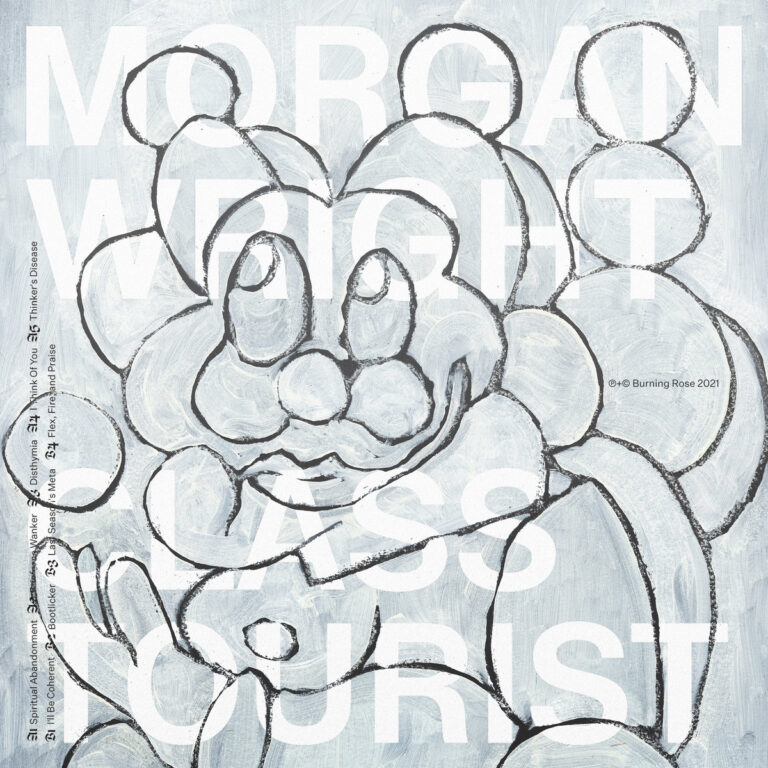 Packed with rolling breaks, emotive pads and featuring collaborations with close friends, Class Tourist – the debut album from Melbourne’s Morgan Wright – offers a fresh angle on electronic music after a year of dance floor closures.
In his releases, Morgan has always tended to bend the conventions of dance music. His formative years growing up on metal and hardcore punk before shifting to dance music have influenced his approach to writing and no less on Class Tourist. Drawing on post-punk, trip hop, IDM and breakbeat, culminating in a style that Morgan has coined “post-break” or “Australiana break beat”.
While the recent shift for many electronic artists away from a dancefloor focus to a more introspective journey is a direction that Morgan was heading even before the pandemic, this album presents a more considered excursion into a dreamily layered electronic universe for the Pelvis and Burning Rose mainstay.
Breaking down the walls between polished production and candid field recordings, to make Class Tourist his most intimate and expressive offering to date. 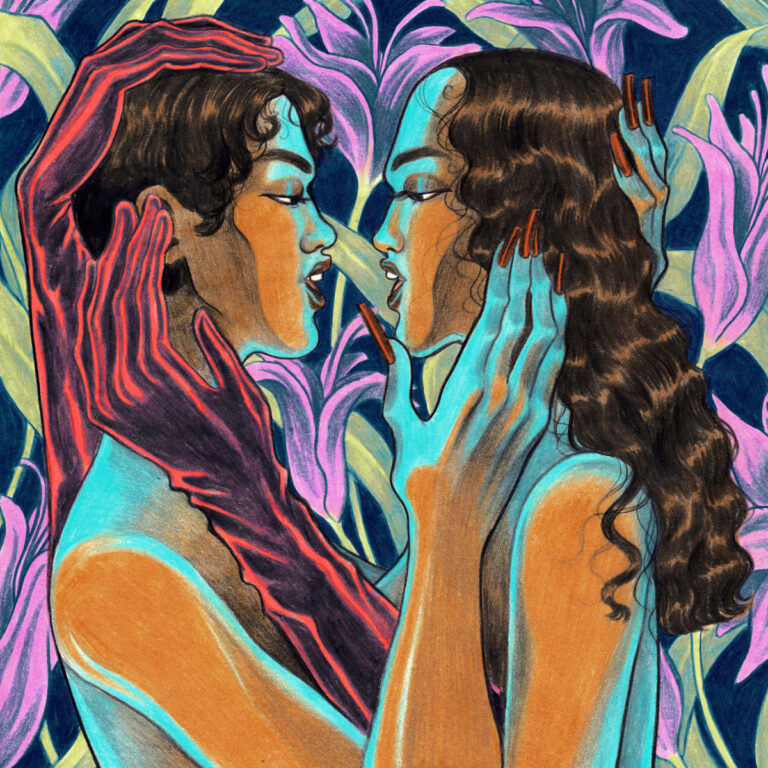 Visionary rapper and performance artist Mykki Blanco returns with their audacious new album, Broken Hearts & Beauty Sleep.
With New York producer FaltyDL jumping on production duties, Broken Hearts & Beauty Sleep sees Mykki continue to push the bounds of hip-hop, with nods to jazz, house, punk and even bossa-nova and showtunes peppered throughout.
The record boasts collaborations with the likes of Big Freedia, Jamila Woods and Blood Orange but Mykki‘s voice and style remains singular. From loneliness to flirtation, grief to catharsis, Blanco balances vulnerability and reflectiveness with their trademark swagger.
Broken Hearts & Beauty Sleep marks a new chapter for Mykki Blanco, showcasing their refined artistic vision and sound, while retaining all the vibrancy and fun that they have come to be recognized for. 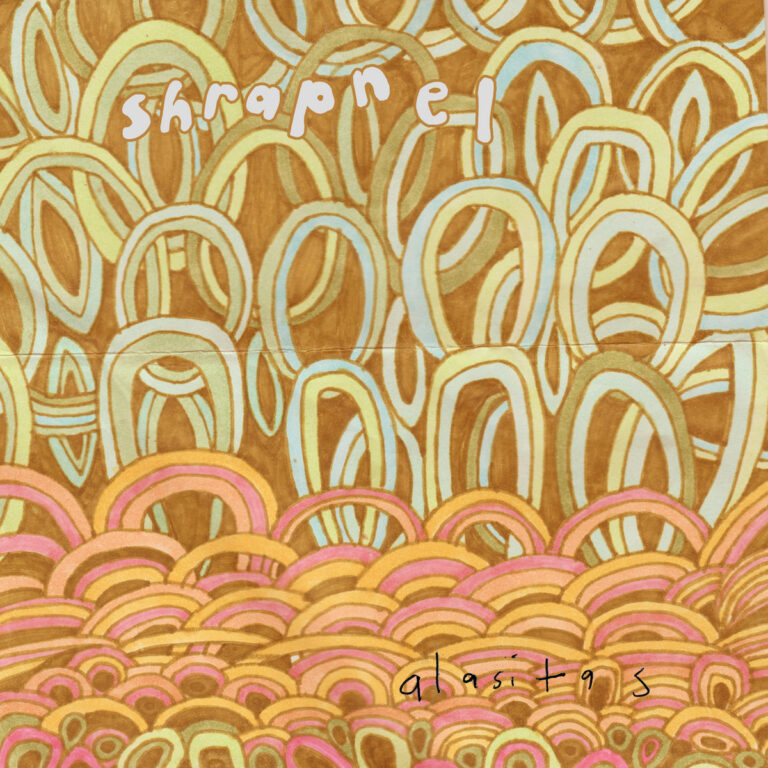 Sunny guitars, chirpy flute melodies and ensemble vocals adorn Alasitas, the newest album from Sydney oddballs Shrapnel. A warm and weird redux of tripped-out optimism.
Initially starting in 2013 as the bedroom project of Sam Wilkinson (Day Ravies, Mope City, and Beef Jerk), over the last decade Shrapnel have evolved into a fully fledged six-piece band.
Shrapnel’s new endeavour sounds more vivid and colourful than ever before. Alasitas marks an aesthetic shift for the band, venturing into decidedly more psychedelic territory with picked guitar riffs and modal melodies underscored by fuzz, hazy vocals and a whimsical woodwind section.
A distinct move away from the looser and louder punk sounds explored in their previous release ‘Wax World 5’, Shrapnel’s more meandering and expansive new direction on Alasitas leads us through extended instrumental segments into a hypnotic sense of freedom. 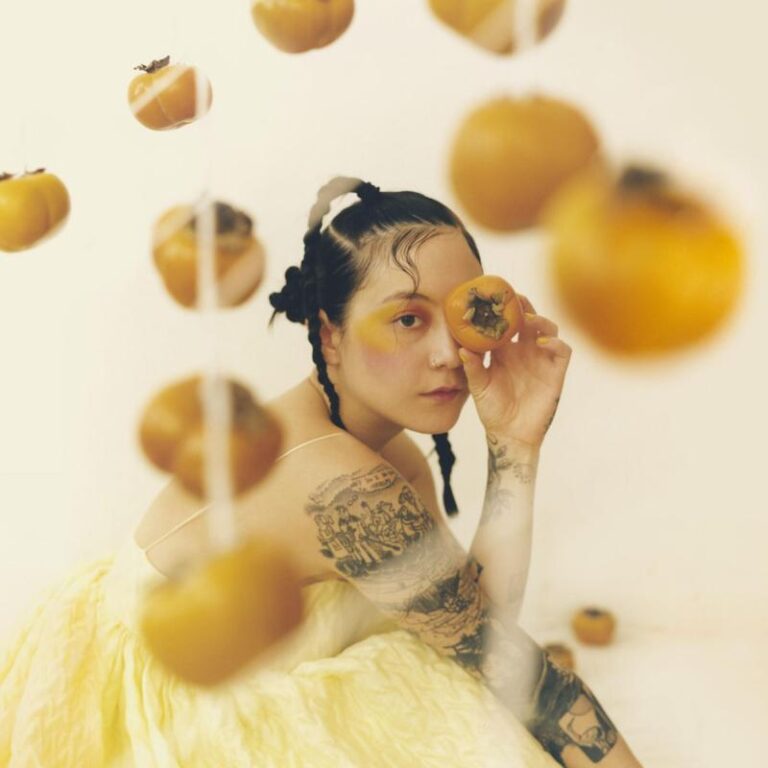 Japanese Breakfast returns with her third full-length release Jubilee, a distinctly joyful album. Where her first two albums charted more melancholy ground – reflections on mortality, her mother’s failing health and eventually grief – this album brings a new found optimism. In her own words, hinging on the “pure, unadulterated joy of creation”. Having released her memoir ‘Crying In H Mart’ in April 2021, which tells of her journey to connect with her Korean heritage while processing the loss of her mother, this album acts almost as an accompaniment to the book. Soundtracking her search for contentment, with washed-out guitars, disco inspired synthscapes and sweeping orchestral arrangements. Japanese Breakfast’s path to happiness is a relatable and complex one. Jubilee showcases an artist that is not afraid to confront her own darkness and vulnerability in order to eventually embrace joy. 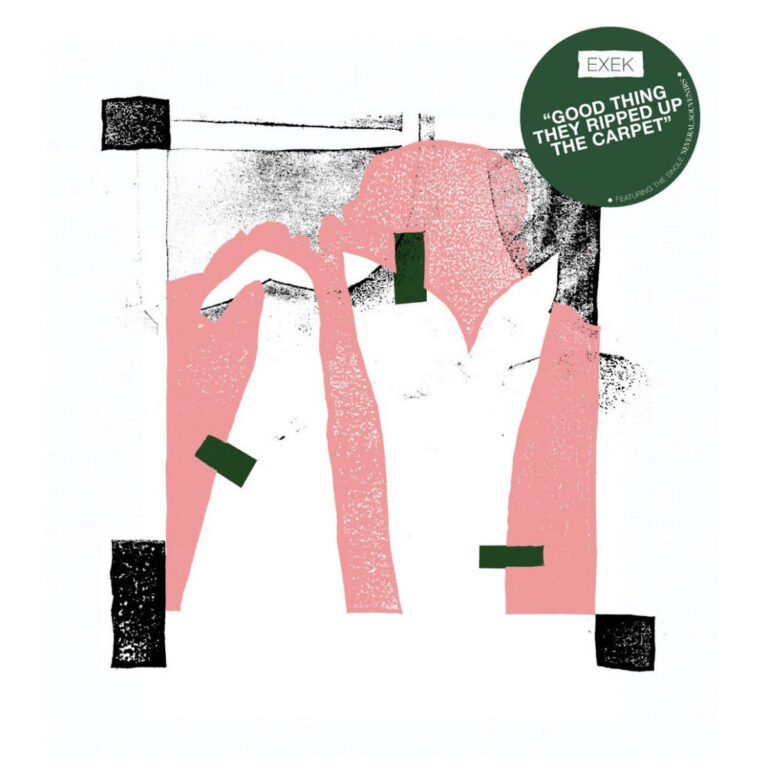 Good Thing They Ripped Up The Carpet

Melbourne’s EXEK return with their new album Good Thing They Ripped Up The Carpet, a disorienting and entrancing new iteration of the band’s unique sound. On this, their fourth LP, the band continue to captivate through their hallmark blend of post-punk, dub and krautrock atmospheres; filled with strange echoes, juddering feedback, ephemeral samples and melodically compelling guitar parts. Released via Lulu’s Sonic Disc Club – the new imprint from iconic Melbourne underground record store Lulu’s – Good Thing They Ripped Up The Carpet is an album in two parts. Part A comprised of material written and recorded over the course of 2020, with Part B made up of re-interpreted EXEK material from past releases.
Peppered with the absurdist observations, wry humour and nonchalant drawl of singer Albert Wolski, EXEK’s new LP further cements their place as one of the most eccentric and exciting acts in Australian punk.