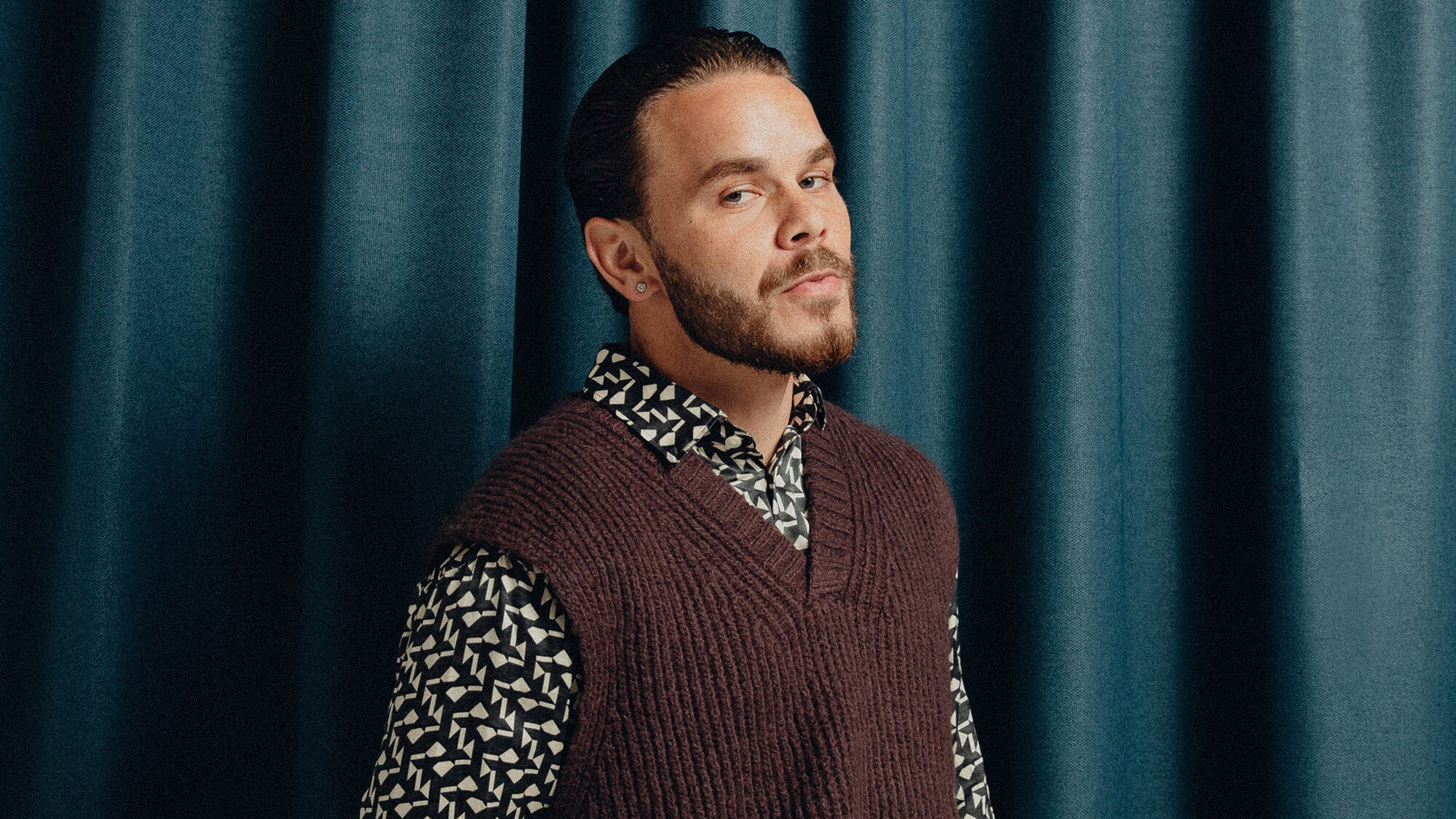 “I remember standing on stage, and being super shy. My head was just staring at the ground and both hands were holding the mic.”

A grin crept up the sides of Tasman Keith’s mouth as he told the story of his first show. It was a performance at the Powerhouse Museum and he was 10 years old. As someone who’s been tirelessly honing their craft for so many years, I think Tasman’s wry smile acknowledged how special it was to now be sitting down to talk about his debut album A Colour Undone. He’s been at this his whole life.

Surefooted, earnest, and excited for the future, he joined me on Out of the Box to roll through the stories and songs that have shaped him.

A Colour Undone is a profound and soul-baring journey and it draws heavily from Tasman’s life. He is a Gumbaynggirr man and rapper from Bowraville – a small town on the Mid North Coast of New South Wales. In his 26 years, his experiences of love and loss have been multitudinous and visceral; whether those be the familial, or love for community or self-love.

In many ways, the album parallels the interview Tasman gave; both in the contents of his stories and the way he told them. He masterfully straddles the line of unfettered vulnerability and self-assurance while walking through the chronology of a life that’s felt the highest of highs and the lowest of lows all at once.

“The intent for me I wanted to create an album that could be a sonic representation of a sense of euphoria and the way I felt at a funeral. It was a balance I wanted to get.”

“And how I got into that mindset was during the [Midnight Oil] tour earlier in 2021. I’d have nights by myself in the hotel room and it was all these things I didn’t address. I lost a cousin in 2020 from a heart attack and he was only 27 and he was someone that was really crucial to my rap career. So naturally having time alone and sitting with my thoughts, all of these things came up, and I was able to see the things I was trying to deal with and try to get on the road to dealing with them.”

As Tasman talked through the hoops he’s jumped through throughout his life to arrive at this debut, I wondered where he found his strength. His father, prolific hip hop artist Wire MC, is often credited as a major influence shaping the fire-spitting rapper Tasman has become. But he revealed that his mother, a fellow musician who placed the needs of Tasman and his brother over her ambition to become a singer, informed his hard work and dedication.

“Yeah I get that from my mum for sure. And my mother and father will say the exact same thing. My work ethic is definitely from my mum.”

On A Colour Undone, Tasman hasn’t only dug deep thematically: it’s his sonically most far-reaching effort yet. It ranges from stripped back ballads through to auto-tuned R&B, bass-heavy hard rap to jazz and gospel-influenced hip hop and beyond. A departure from the style of his debut EP ‘Mission Famous’, he worked to shape his stories into new sonic territory to resonate with more listeners on his first full length.

“I was very honest in the thought of like, ok I need some big choruses. I need some songs that can go on the radio or I guess aren’t so deep in lyricism and thought. There’s always the underlying thing, but I wanted to simplify it a bit for the listener.”

You can stream Tasman Keith’s triumphant debut album below. He told me it’s “a great record by a rapper that went pop.” You can also listen to our full interview and the songs that have shaped Tasman’s life up top. Spoiler: he chose Tupac, Michael Jackson, and Drake among others.