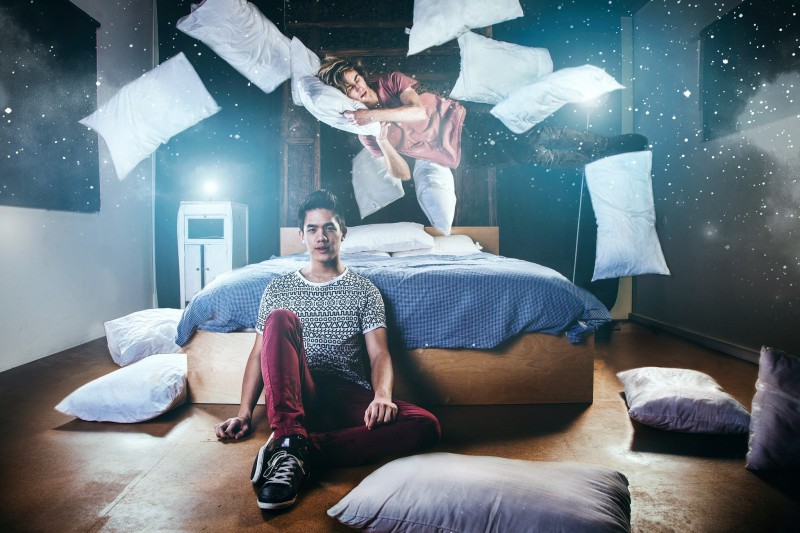 Since their beginnings making chilled out beats to the balls-out ridiculousness that is their remix of What So Not‘s ‘Touched’, Slumberjack have always shown serious production talent. They’ve consistently featured on Sandro Dallarmi‘s Saturday night dance music show on FBi, The Mixing Bowl; most recently appearing as resident DJs on the show through summer, but initially as a Fade Up feature artist in September 2013.

Fade Up supports upcoming producers who need a bit of a leg-up into the limelight, and with the huge melting pot of talent that is the Australian dance music scene at the moment, it’s no surprise that Slumberjack find themselves alongside fast-rising dudes like Wave Racer, Basenji, Kilter, Terace and Hayden James in the list of Fade Up alumni. Since all this talent is rising so quickly, it only makes sense to try and expose more of it via a club night, so that’s exactly what all this ‘Fade Up pres.’ business is about.

It’s this Friday at World Bar – a hectos eclectos night of everything from butt-bumpin’ house to hypercolour bass music, with Slumberjack headlining and their fellow Fade Up artists from days past, LOLO BX and Sondrio, in tow. Our own Sandro will be DJing too, as will MUM DJs. Let the lovely door folk know that you’re there for the Fade Up party and they’ll even give you cheeky free entry before 10.

WHAT :: Fade Up & MUM pres. Slumberjack