Phoebe Bridgers: Connor Oberst would be a great cult leader 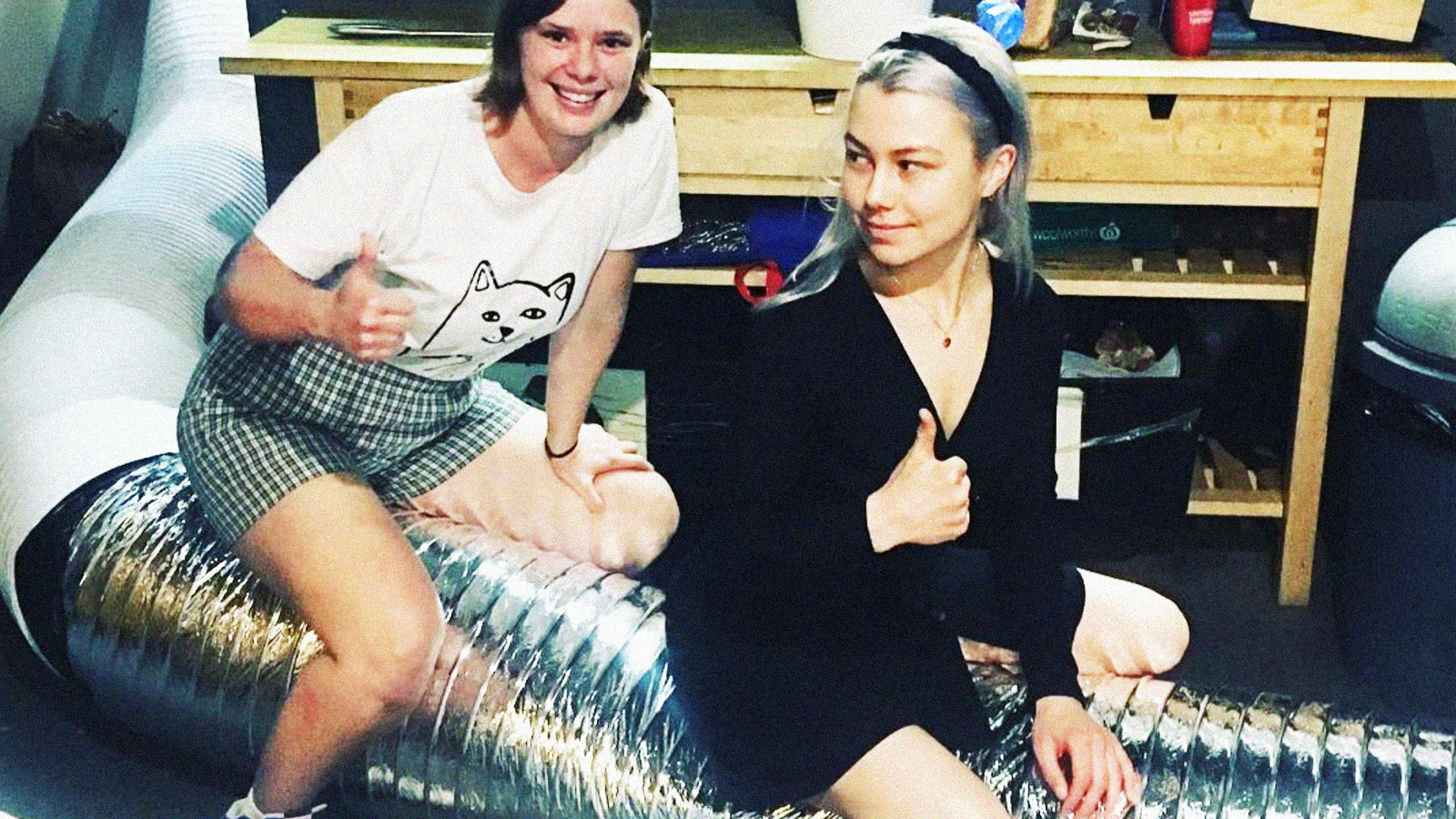 On a day when the office AC conked out, Phoebe Bridgers and her drummer Marshall breezed in for a chat on Mornings with Bridie Tanner, before hitting the stage for a brace of Oxford Art Factory shows.

Bridgers has been busy touring her incredible album Stranger in the Alps, making music with Better Oblivion Community Center (her band with Connor Oberst aka Bright Eyes), boygenius, and writing and recording with her cadre of muso mates in California.

On her first trip to Australia, Phoebe spoke about the similarities between her home city Los Angeles and Sydney (health foods and beaches being high on her list of priorities) and speculates about whether her Better Oblivion bandmate Connor Oberst is an actual cult leader.

Phoebe went on to talk through the difference between Phoebe Bridgers’ sound and Better Oblivion’s, becoming a producer, the sense of place infusing her work and even hinted at another album in the pipeline. She also promised Bridie that she’d start her OAF set with a karaoke version of Disturbed’s Down With the Sickness. A promise that was kept!