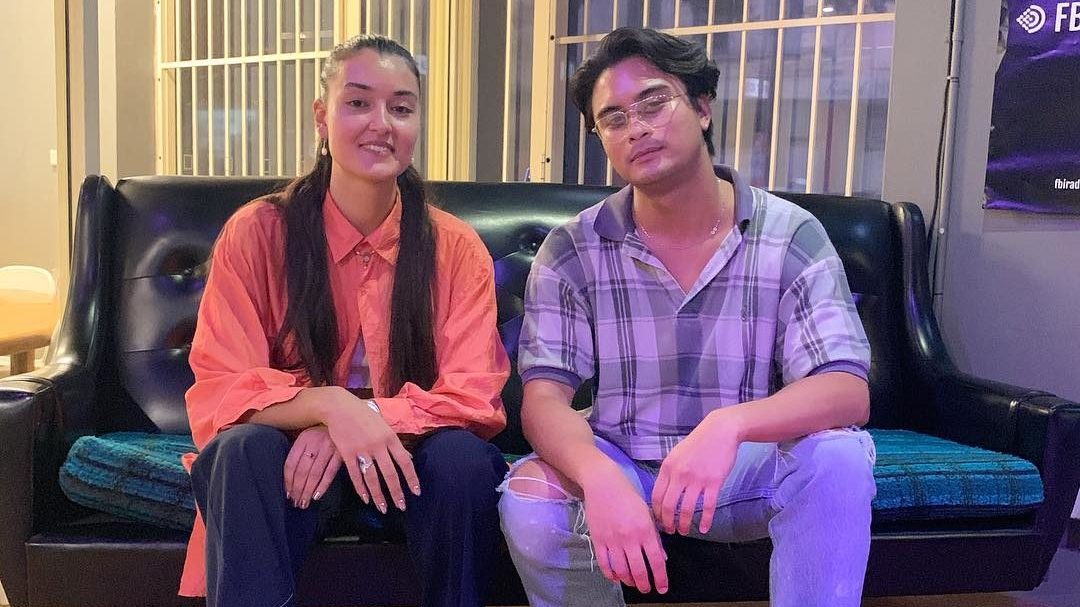 SMAC award nominee Milan Ring joined Darren Lesaguis on Arvos to chat the launch of her latest single ‘Step Back’. Oh yeah, and she played it for us live!

First learning guitar in high school, Milan Ring’s powerhouse production developed as she learnt to play over the top the  different progressions and beats she created with her drum machine. Today, her music seamlessly melds different forms of world music, a myriad of instruments, synths, and her stunning vocals to create fluid, dynamic RnB. Darren asked Milan Ring about her beginnings as a musician.

I loved Jimi Hendrix and that’s why I got a Fender Strat. And from there I got a teacher that taught me blues scale and how to improvise and then it kind of went into jazz land a little bit and exploring different world music as well.  And I got into like West African guitar playing which is very bluesy as well.

With such a rich selections of sounds and instruments appearing in her music, Darren asked Milan Ring about her studio space.

I actually built a studio with a good friend of mine last year in Marrickville in a warehouse and it’s pretty chock full of stuff for sure. We have a beautiful piano in there, and I have guitars, bases, lots of different world instruments, different things to hit and bash, and some synths.

Milan Ring’s latest single ‘Step Back’ grapples with her experiences of bullying and discrimination. She said the song is written for not only her, but for young people who experience the same thing.

It’s something I was specifically thinking about for the youth and for teenagers in high school and kind of all the stuff that goes on there, and I felt like it was an important message to deliver and so I did it kind of from my own experiences but for the broader audience as well.

Along with a stunning live performance of ‘Step Back’, she talked about her dream instrument, her record label, and her contribution to Sabina McKenna’s Where Are You From exhibition at Goodspace Gallery. Listen back to the whole thing up top.

Tune in to Arvos with Darren Lesaguis every Wednesday from 3pm.