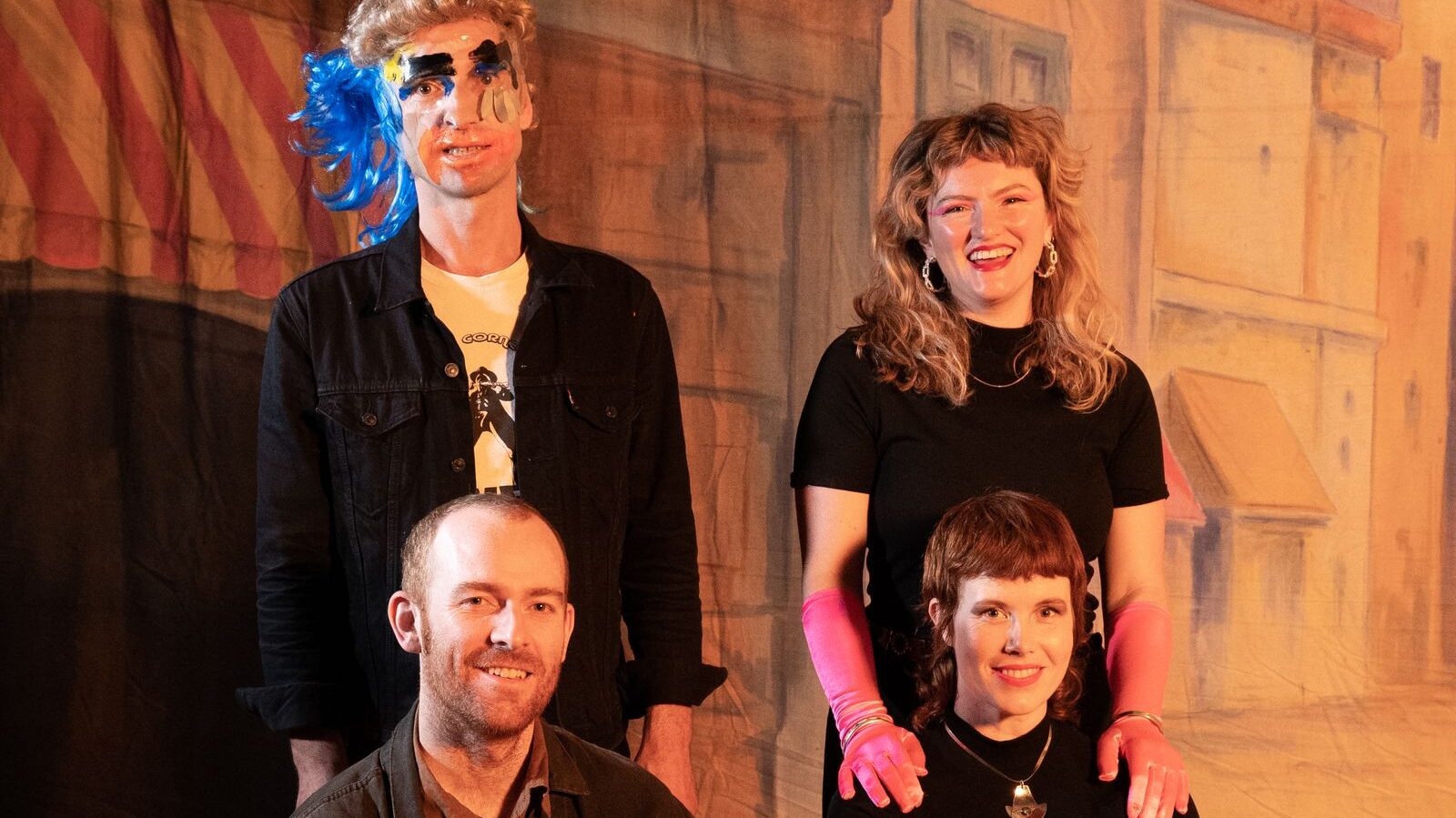 Loose Fit are a four-piece post punk band from Eora/Sydney. Their music is supercharged and angular -leaving you in a state somewhere between comfortably zen and ill at ease. The band have just delivered their debut album Social Graces following on from their acclaimed self-titled EP several years ago.

Loose Fit’s lead singer Anna joined Ben Hansen on Mornings this week to chat about everything surrounding Social Graces, from the art, to the influence to the process.

“For me, thematically and lyrically, a lot of my inspiration comes from observations of the absurdity of life and mundane experiences of daily life.”

The album and particularly the single ‘Social Graces’ prominently feature off the wall and unusual sounds. This is often a jarring experience for the listener, but one that the band intended to create.

“One thing that we all love as a band that we lean into when we’re writing songs are things that are a bit jarring and grate against each other… I really enjoy curating a dance between being tightly controlled and completely unhinged between the vocals and the sax.”

Loose Fit’s songwriting stems from Anna’s journaling and exposure to books, podcasts and other media. She explained to Ben how she takes the themes she has written down into the rehearsal room. The result is a mix of both personal and societal driven song-writing.

“There’s not really any grand political message from the album. It’s more that a lot of the songs and the inspiration for the themes comes from being frustrated and bewildered by certain politics, social conventions and the absurdity of daily experiences.”

Social Graces is the band’s debut album and thus their first foray into making music outside of the short sharp context of EP’s and singles. Ben quizzed Anna on how this made the process different to past projects.

“There’s a little bit more playing around going on… It’s probably just us getting to know each other as musicians better and having more confidence to jam around together.”

It wasn’t just the band jamming together that saw their debut album come together however. They were reunited with Party Dozen’s Jonathon Boulet on the production side of things. Boulet was also on hand for their self-titled EP.

“The first time we actually played a show was with Jono’s band Arse. So he’s been with us from the start. We just loved working with him so much on the EP, it was like a short and sharp recording time over a weekend… Being a musician himself as well, he gets the music and the songs and the punky vibe we have.”

The process of creating the album with Jonathon wasn’t as streamlined as the EP. The recording process was drawn out from 2019 all the way to 2022. This extended process had a significant impact on how the album ended up.

“We got bored of some of the songs and we thought “we can do better” and we wrote new songs in the meantime. Some of the best songs on the album are ones that we rewrote or that we wrote new in the subsequent year. It was fantastic to have that extra time.”

Listen to Loose Fit’s new album ‘Social Graces’ below and check out the interview with Ben Hansen up top.

WHO: Loose Fit, Delivery, Eggy, Wanderlust
WHAT: ‘Social Grace’ Album Launch
WHERE: Chippendale Hotel
WHEN: Friday, 20th May 8:00pm
HOW MUCH: $17.85, tickets here