Listen :: TV On The Radio interview on Lunch with Caroline Gates 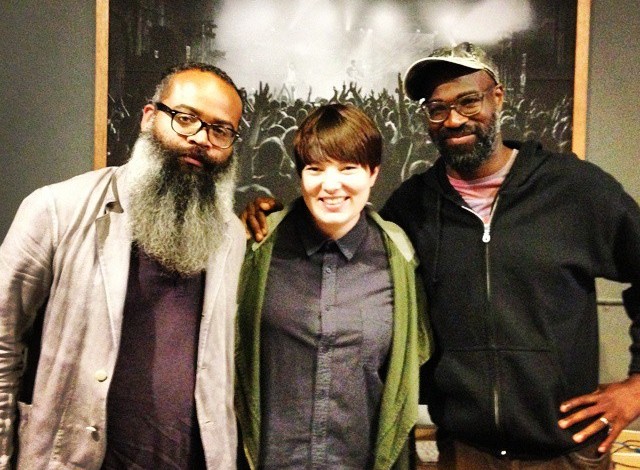 “I think if you’re playing music and it’s not an enriching thing and the people you’re with are not feeding you in some way, it can be really bad for your blood… we don’t have that thankfully“

In between their two Sydney Opera House shows for Vivid LIVE, Kyp Malone and Tunde Adebimpe from Brooklyn art rock band TV On The Radio dropped in for a lunchtime chat with Caroline Gates.

They surprised us with a solar-powered synthesiser, and talked about their new record Seeds, Tunde’s film debut with Kristen Wiig (Nasty Baby at SFF) and the first time they saw the Pixies live… when they supported them.

Gallery :: TV On The Radio at Sydney Opera House