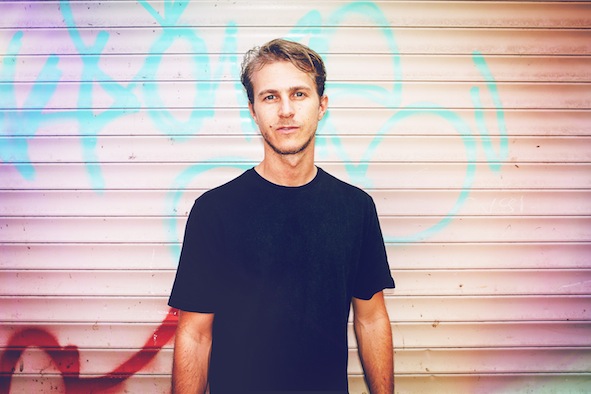 David Mayer is no stranger to thinking outside the box; and it’s earned him a firm position in the Berlin dance scene.

Crossing borders across Europe, as well as music styles, Mayer dabbles with diverse forms of music no matter what genre they derive. A mixing bowl of groove, techno and house personifies his style, characterised by funked up, pounding 4/4 beats. Ticking off remixes and releases from world renowned Berlin labels Keinemusik, Kompact and Get Physical, Mayer has his finger firmly on the pulse of what keeps his audience moving. And boy, do they move.

The man himself will be hitting our shores fresh from the BPM Festival, tearing down the Spice Cellar on Saturday February 21 with YokoO – presented by the legends at Mantra Collective and SPICE.

You can get into the groove first with an exclusive mix from David Mayer on Frequency from 1am this Friday on FBi 94.5 (then FBi Click on Tuesday). In the meantime, we picked his brain to discover five of his favourite artists coming out of Berlin, and some killer tracks to go with ’em.

&ME I know as one of the heads of Keinemusik, the label I have had the honour to chip in the very first release for, which was released digital only in 2009 and have worked with ever since. Besides his most recent “After Dark” on Keinemusik, this one is a track by &ME that got stuck in my head right away when I first heard it, reminding me of everything I would look for in a techno track.

I think this track may be considered as coming along rather stealthily, causing not too much of a stir with the first listen; but I could not help but instantly admire the bassline melody and how the minimalistic approach still peaks in a nice understated climax. Remixing this one as a Keinemusik Shop exclusive “Reshift” was more than a pleasure; not just because Adam is a good friend, but also one of the coolest cats in the business.

No need to introduce either of these artists, I guess… both residents of Berghain, where I, as many others, found a whole new way of looking at or rather listening to things. Whether the original from 2006, or the “revisited” version, this track got me lastingly kicked off when it comes to my fascination for that deep, slamming yet melodic and thus timeless sound.

The upcoming release on KM in February 2015 is also by Rampa, who I have known all the way back to the time we were still living in south Germany and who basically got me started with producing and actually releasing electronic dance music. He did so in Berlin, by taking me into a collaboration and finally releasing my first solo EP on his brand new label Imprint. When I first heard this track I loved the melodies and I got to make a remix which was also released as a Keinemusik Shop exclusive.

With Fetisch having been the longterm lead, him and &ME form Terranova as it is known today. With this being the most recent but third remix of theirs I was invited to do, starting with “I Want To Go Out” in 2012, that collaboration has always been a fruitful one and has also shown to be a crucial reason why I was invited to tour Australia, since Fetisch was also touring here recently and thus brought increased attention to me and my work. The original of “Tourette” is simple, functional and clear, and I feel lucky I finally figured out how to keep the character and energy of the lead sound, yet giving the track a totally new feel. Looking forward to playing it out in Australia!

WHERE :: The Spice Cellar, Sydney

FREQUENCY with Mantra Collective | Fridays 1am on FBi 94.5