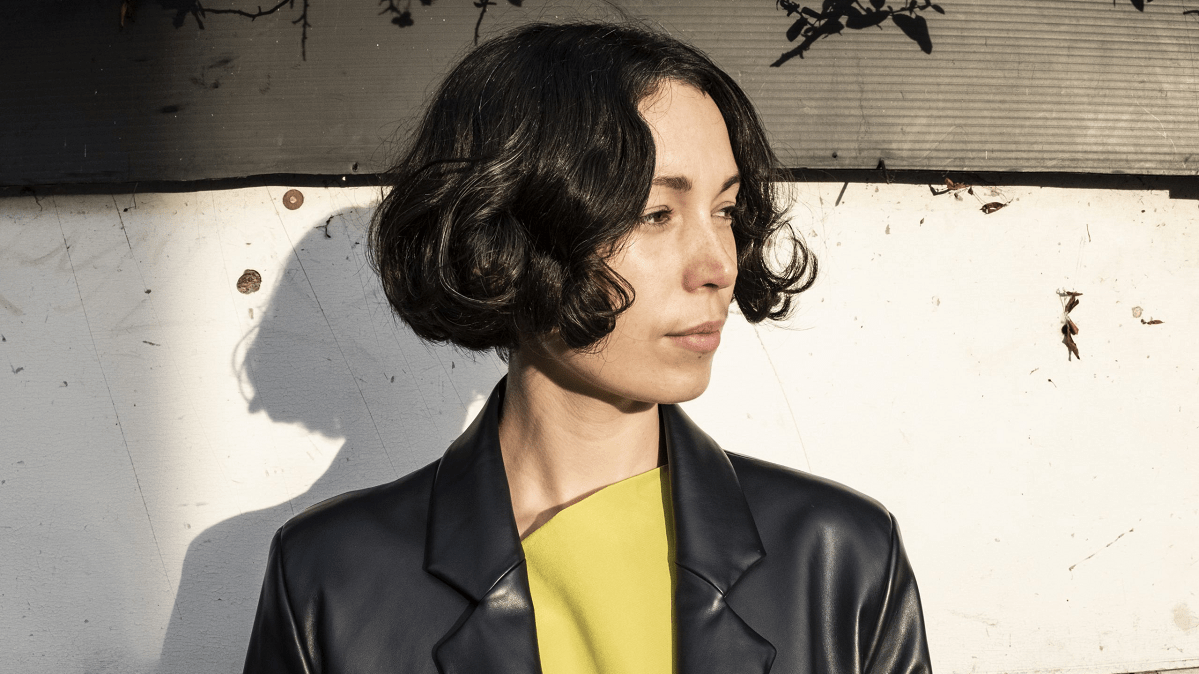 You arrive at an unlikely combination of adjectives when describing the latest work of Welsh producer Kelly Lee Owens. Think industrial, atmospheric, floaty, harsh, lush… Her third studio album LP.8 dropped last Friday and it looks inwards and outwards all at once. Kelly joined Sophie Gordon on Mornings to discuss the album’s unlikely beginnings, influences and bringing it to life through a unique performance.

Something striking about Kelly’s artistic practice is her output. Her latest project closely follows its predecessor – she delivered her 10 track second album Inner Song in 2020.

“This record is so different, it’s left-field for me. It’s sound-scapey and is quite spiritual in some senses”

Pandemic productivity is an apt way of describing Owen’s recent releases. After the release of Inner Song she journeyed to Oslo, Norway where her label is based. Kelly had no intention of making any music while over there. LP.8 was a product of what can only be described as luck or fate.

“I landed in Oslo on the last flight before they closed the borders… Ended up connecting with Lasse Marhaug who’s an incredible noise artist and friend of the label. We spent eight days together, that was it, in his studio… This is what came of that.”

On making LP.8, Kelly described the process as one that made space for and nurtured her creativity. She and Lasse would sit down over a coffee and talk for hours about what they wanted to create before even heading into the studio.

Sophie quizzed Kelly on the meaning behind the title LP.8, speculating it may have something to do with the amount of days it took to create. On this, Kelly said there is no one definitive answer.

“There are so many reasons… It’s kind of like my lucky number. I was born in the eighth month of ‘88, made it in eight days, and then also when we bounced all of the music that we made, no word of a lie it came to eighty minutes and eight seconds of sound.”

Kelly attributes Enya and her own Celtic heritage as influences on her latest work. She aimed to create a “world to step into” rather than just something to listen to. This introspective process of exploring her own roots also had an impact on the overall method of creating the album.

“This is the least ego-driven thing I’ve ever done. I was sat with an analog synth on my lap basically for eight days pressing play, and we’d just record… It was all analog”

Kelly Lee Owens’ first performance of the new album was equally as unique as its conception. She performed the project in full at a “deep listening session” at Phoenix Central Park in Sydney.

“It’s kind of like bypassing me as the performer and just allowing people to deeply listen and be still. [Phoenix Central Park] just said yes to all my crazy ideas: we got like a bunch of lasers in. We got people laying on the floor and sitting down, being still for 50-minutes listening to the whole thing.”

Kelly is looking to take this form of performance to the world after its success in Sydney, so keep an eye out for that. In the meantime, you can listen to Kelly Lee Owens’ interview with Sophie Gordon up top and/or stream her new album LP.8 below.