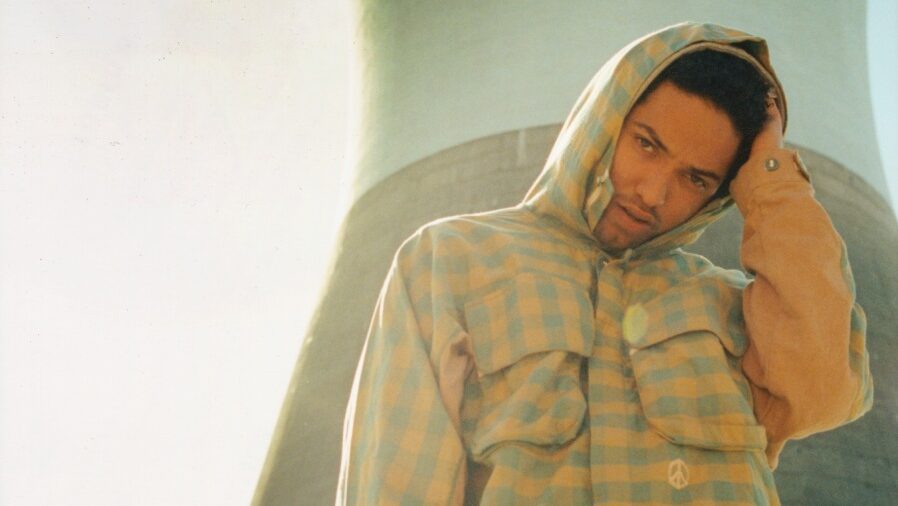 Jeshi’s debut album Universal Credit is an unapologetic record about a failed welfare bureaucracy and a broken political system. The North London rapper combines smooth, low-end heavy beats with dreamy synths to complement his hard hitting, rhythmic vocal delivery. Jeshi stopped by the FBi Radio studios to chat with Bri Kennedy on Arvos about the creation and release of Universal Credit.

Bri asked Jeshi if he’s been happy with the reception of his debut album so far. He explained that he hasn’t really paid attention to the stats, but instead measures the album’s success on a more human metric.

“So much about what we think of reception is about numbers and how things are doing and performing in places. That shit doesn’t really matter. I think what means a lot is that it’s connecting with people on a raw human level… Like people coming up and talking to me and saying it meant something to them.”

Jeshi hasn’t always been this at peace when it came to thinking about his first album. He was initially apprehensive due to industry expectations.

“People have put so much fear on the word album… the world has tricked you into believing you shouldn’t do an album until you have ‘x’ amount of monthly listeners or you’re doing a tour. It’s treated like it’s a reward for getting successful. I had to shake all of those things off.”

As a debut, Universal Credit is a testament to Jeshi’s abilty to block out exterior pressure and avoid conforming to the increasingly rigid norms of the music industry.

“This is art and I think when you have something to say and you believe in what you’re doing… There’s no better time than that.”

That time for the East London Rapper was in January of last year. The album’s creation took about 10 months on and off. Jeshi stressed the importance of setting a mental deadline to prevent going around in circles in the search for perfection.

“Perfect doesn’t exist… and a lot of the time what you will do is work the essence out of something and work the magic out of it by trying to make it perfect.”

Universal Credit has been described as a concept album. Jeshi doesn’t necessarily agree with this, but acknowledges the presence of recurring themes throughout. In describing the album’s themes and self reflective nature, Jeshi challenged the concept of a concept album itself.

“I guess everything’s kind of a concept? It is and not. That’s probably a bad answer”

Bri spoke to Jeshi about why London is such a creative city and the amount of output coming from it:

“It’s expensive and it’s not that easy to get by. People also aren’t happy with the political system and people in charge of the country and I think that breeds a lot of animosity… When you’re in a situation that is uncomfortable it often breeds better things.”

Keen to hear more? Listen to Universal Credit below and/or listen back to Jeshi’s full interview with Bri Kennedy up top.