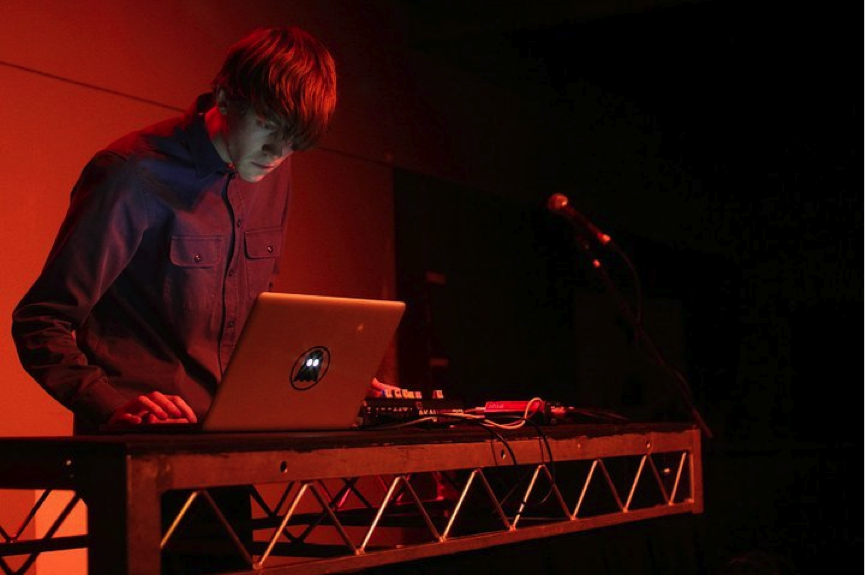 Ever sat at home behind your laptop and decided to attempt to create revolutionary music? For most of us this short lived attempt to become the next hip thing is just another futile Friday night alternative to Facebook. Many an hour has been spent downloading programs with names like Virtual DJ and adding siren sound effects over the top of my favourite songs, dreaming of electro-stardom.  But for recently turned 20 year old Hugh Luscombe this hobby turned into a whole lot more.


Better known as Nakagin, his 2011 EP, Elsewhere, is a beautiful and awkward creation that works in so many ways. His ability to create such a wonderful experience in the span of six songs is mind boggling, especially when you get that sinking feeling when it comes to an end.  FBi spoke to Nakagin about his beginnings, collaborating with Sydney artists and cheesy pizza…


FBi: So, from the top, when did you decide you wanted to start making music?

Nakagin: I remember it was the start of 2010; I had spent the previous year getting really heavily into hip hop and other forms of beat music. I had a small interest in electronic music after hearing seekae's first album because Marcus Whale [of Collarbones] suggested it. but I guess hearing that album, J Dilla's Donuts and Flying Lotus' Los Angeles was pretty inspiring. Also seeing Marcus start up Collarbones got me pretty eager to start messing around with beats too.

You can definitely hear traces of those artists in your own music. What has it been like working with other Sydney electronic musicians such as Guerre and Collarbones?

Oh, it's been heaps fun! They're quite inspiring and really helpful. Marcus and I bounce ideas off each other a fair bit, y'know showing off rough cuts or demo versions of songs. Except now I feel as if it's more of an even exchange because I know a lot more about what I’m doing haha. I've been sharing my new stuff with Guerre and Rainbow [Chan] a fair bit too. we're all good friends and I think new collaborations are imminent.

Marcus has already sung on one of my tracks and Guerre and I have a 12inch coming out in March, maybe, that is getting mastered at the moment. so yeah… meeting all of the great people I have this year has been a pleasure.

So I have to ask, does your name "Nakagin" have any relation to the Nakagin Capsule Towers in Japan?

(Laughs) Yes, I’ll admit that I found out about them on the Kanye West blog in 2009. I was making really poorly conceived ambient guitar music at the time and I thought it was a cool name because the building has these detachable and recyclable pod rooms. I don't know I guess I thought it was a nice sentiment… the whole, recycling parts of the building as they get old instead of demolishing the whole thing outright.

My first physical release (the 12 inch with Guerre), maybe a new EP, some collaborations/side projects and a more engaging live set (hopefully).

What has been your favourite song created by YOU?

It's probably the first one on the 12 inch called Kassett<