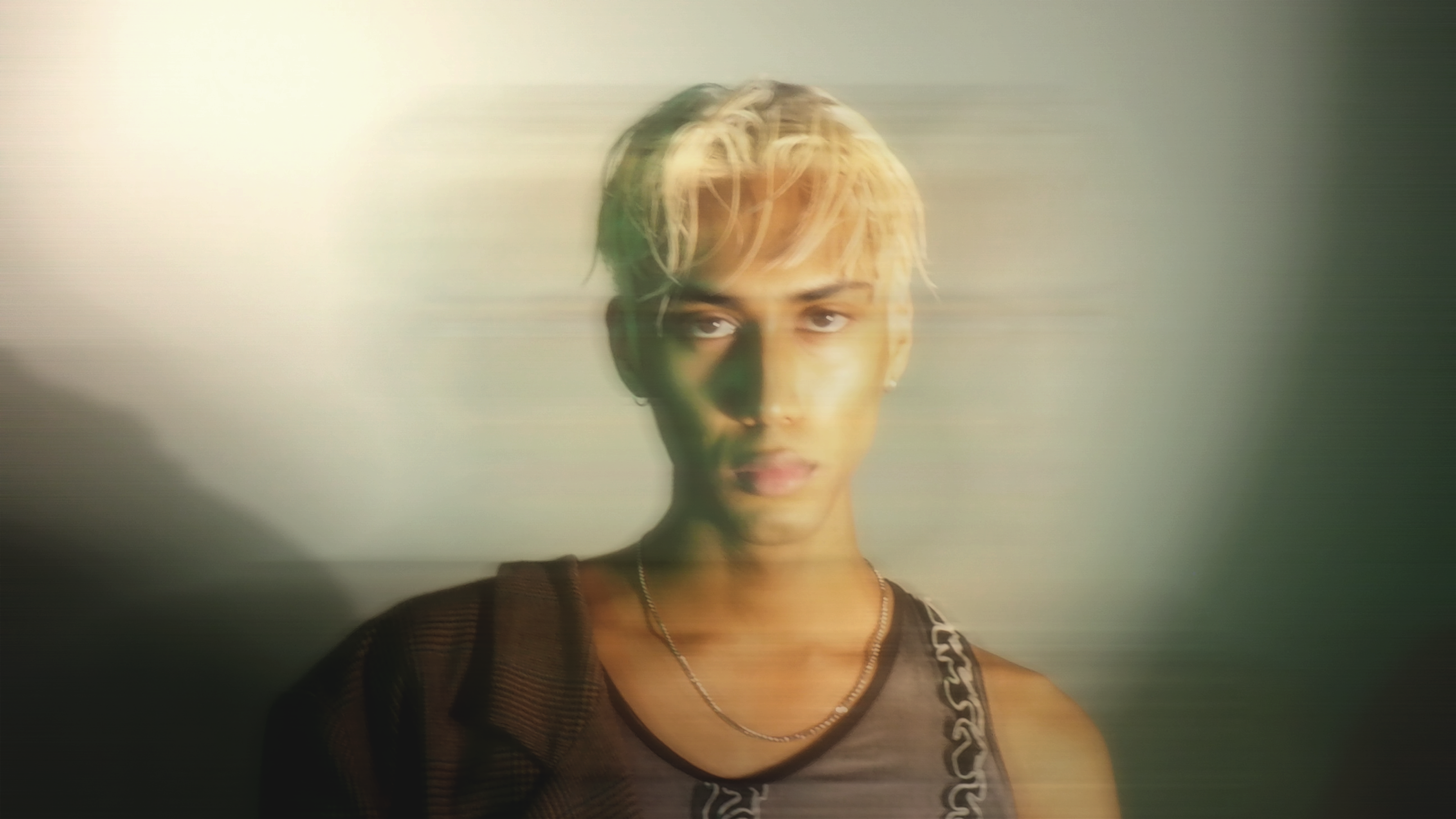 An assemblage of influences from over-the-top and unapologetic 2000s pop music, to gritty, rhythmic electronic dance music, Kavi’s debut EP Krushed will take you on an electrifying cosmic ride through the familiar feelings and phases of having a crush.

Malaysian-born, Sydney-based Kavesh Pillai, AKA Kavi, caught up with Up For It!’s Lill Scott to talk 2000s pop and pulsating dance floors, finding your people and all things Krushed.

The EP explores the all-too-familiar narrative of having a crush on someone, through five tracks, each of which tells its own sonic story. Citing influence from the likes of Lady Gaga, Shygirl and Charli XCX, to local Melbourne electronic producers, a cosmology of inspiration lies behind Kavi’s energised, fresh and familiar hyper-active electro club-pop songs.

Like many of us, Kavi, who grew up amid the hustle and bustle of Melbourne’s thriving dance and electronic music scene, had struggled to find a sense of belonging prior to encountering the dance music community within which he is now firmly entrenched.

“I became so infatuated with the music, like the sonic aspect of it and also the people around me. There’s moments you share with absolute strangers on dancefloors that are actually really wholesome, I’ve met some of my best friends on dancefloors.”

The impact of the electronic dance music scene on Kavi extends into his music which emanates the hot and heavy dancefloor throng.

“It’s played such a big part in my life and it’s really nice to be able to pull from that and be inspired by it and translate it into my own music and my own output and re-contextualise it.”

Kavi started writing Supernova, the EP’s effervescent opening track, way back in 2020, but the song evolved as he became increasingly familiar with electronic, techno, hyperpop and dance music.

“It became more and more electronic as time went on and then in the two weeks before I put the EP out, I kept playing the instrumental in the second verse over again and I knew it wasn’t right so I rewrote it suddenly and within ten minutes had recorded it.”

Now a Sydneysider, Pullai holds an optimistic outlook for the future of the city’s dancefloors:

“It is such an exciting time where things are starting to ease up and there are so many talented artists and collectives that are just doing their own thing. There’s a really nice community that fosters relationships with each other in dance music and it’ll be exciting to see how that grows.”

Likewise, Kavi undoubtedly has a luminous future ahead. Those lucky enough to be in Sydney on the 8th August can catch Kavi at Civic Underground. Listen to Kavi’s full interview with Lill Scott on Up for It! Up top or stream Krushed down below.