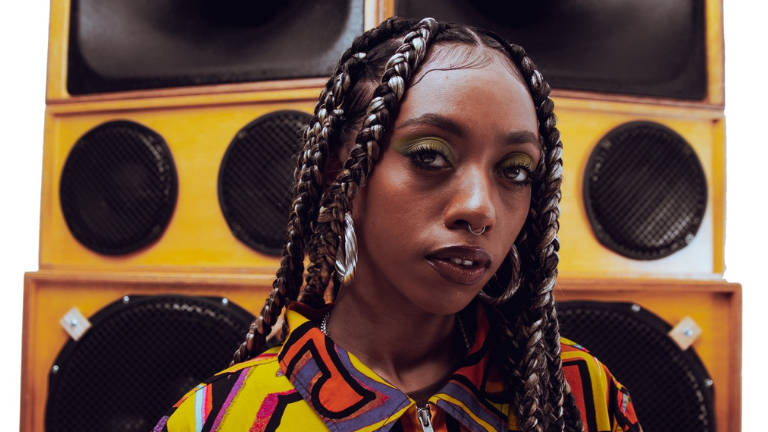 For Charles Fester (aka Command D) it was the marriage of ‘the digital realm’ with more textured organic sounds that provided the inspiration for his new EP, Clone Dialogue. Produced during the 2021 lockdowns, the result is four tracks that delicately balance the natural and the synthetic. Through Charles’ touch, usually disparate sounds such as 808s, muffled vocal samples and field recordings feel equally at ease.

Command D, who produces and mixes music on Gadigal land, spoke to Anusha Rana on Up For It! about the beginnings of his new EP, Clone Dialogue.

“It was a lockdown project, I was trying to be creative, learn new things, explore sounds and see what kind of path that was going to take me on.”

For Command D, inspiration was abundant even throughout long periods of isolation, thanks to online connections and community:

“When all the clubs closed down, I was able to stay influenced over the internet, finding new pathways on SoundCloud and connecting with friends over Facebook groups… I really turned to production as a new creative outlet,” he said.

Clone Dialogue is upbeat and rich with textural elements, featuring noises drawn from real-life layered with synthy electronic sound – its four tracks speak to Command D’s experience growing up in the age of the internet and a longing to balance online and offline worlds and influences.

“This balance is something that I guess I’ve been a part of, being born when I was, growing up with the internet and smartphones and screens – a world where technology goes hand in hand with living in day-to-day life. So I’m trying to use that to make something stimulating and exciting.”

This dialogue between on and offline worlds extends beyond the sound and into real life: alongside the release of the EP is a limited run of 12 inch prints designed by Russell Fitzgibbon (aka Skeleten). The prints themselves are generated via machine learning from a set of photos taken in Warrang clubs by Sam McDonald.

Music that makes you want to move, Clone Dialogue is multi-layered with meaning and sound alike. Listen to Command D’s full chat with Anusha Rana on Up For It! Up top, or stream ‘Clone Dialogue’ down below.