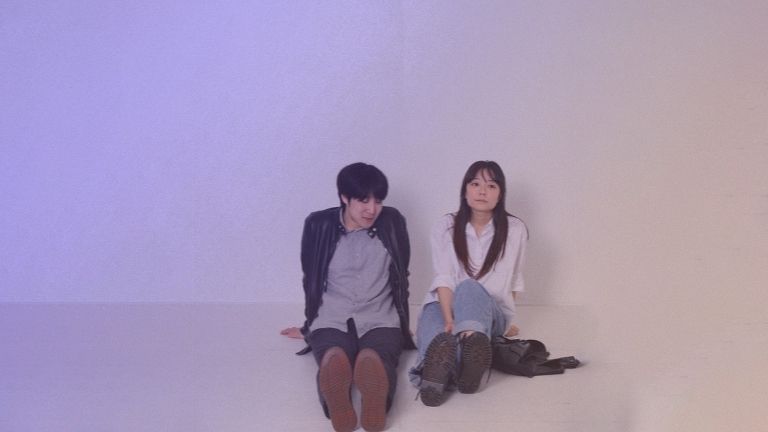 Bridge Dog are a Sydney-based duo combining the fuzz of shoegaze, the meandering sensibilities of pop, and the driving guitar melodies of garage rock.

Grace Ha and Brian Park have no qualms describing themselves as “extremely DIY”. Building their music from the ground up, they share all vocal and song-writing duties. The duo also don’t mind getting their hands dirty: self-producing and engineering their tracks in a makeshift home studio.

The two-piece released their debut six track EP ‘Going South’ in December of 2021. Conceptually, the EP delves into the state of the world and the immigrant experience. They count Belle and Sebastian as well as ‘Bury Me At Makeout Creek’’ by Mitski as major influences for the work. The group’s airy shoegaze sound has also drawn comparisons to Canadian group Alvvays – a likening that they are quite fond of.

‘Going South’ was born from a desire to make an album, but resulted in an intriguing EP. The group described the EP as almost a happy accident, telling Lill Scott on Up For It! ‘Going South’ “was like a vessel for these songs that didn’t really belong anywhere… Which is why it sounds a bit eclectic and quite diverse.”

The title track of their EP ‘Gone South’ is an embodiment of their recording methods. It went through a multitude of forms and changes before arriving at the track we hear today. Re-writing and rearranging until both members are completely happy is a major aspect of their process.

Bridge Dog’s evolution has seen the duo grow into their talents and musical niches over time: they didn’t set off with a particular goal in mind to begin with. Brian explained to Lill that they “really started as kind of just a hobby project early last year. We put out a couple of singles just to test the waters.”

Bridge Dog are now ready to take the plunge. With their debut EP out in the world, the duo are already gearing up to record a full length and hit the road.

Listen to Bridge Dog’s full chat with Lill Scott on Up For It! up top, and stream ‘Gone South’ below.