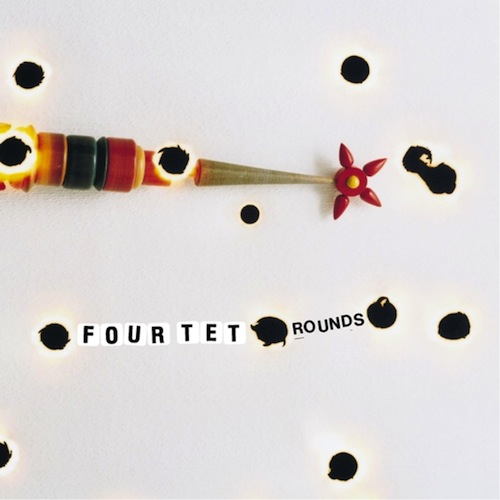 Today, a special anniversary edition of the album is being released – with an extra live set from Copenhagen. To celebrate a decade of Rounds, two FBi presenters share what the album meant, and still means, to them.

2003. 10 years ago we were all such different people. Sometime early that year, I learnt I would have a show on Sydney’s newest radio station (you know the one), and I chose to theme Utility Fog around “postfolkrocktronica”, the interstitial music between acoustic and digital, live and studio-concocted. Kieran Hebden as Four Tet had already been exploring these areas before the iconic Rounds album was released. In fact, not only did it form a large part of my early radio identity, but in the weeks leading up to FBi’s launch the lead single “She Moves She” was among the tracks our music director Dan Zilber put on the test CD, rotating hour after hour.

On Rounds Hebden found a beautiful place where his love of hip-hop’s dislocated samples and head-nodding beats could meet the ecstatic, organic source material of jazz and folk. He wasn’t the first (Scott Herren‘s first Savath+Savalas album dates from 2000 for instance), but for a few years before and after, there was a clear genre of folktronica mapped out by artists such as Four Tet, Manitoba (now Caribou), Minotaur Shock, Scott Herren’s Prefuse 73 and others – and a decade on, Rounds remains a glorious pinnacle. A clear sense of melody and structure help the digital glitches and sharp edits transcend gimmickiness (although I could listen to skittery chopped-up audio all day). The only disappointment was that the big Tori Amos sample in the promo version of “Unspoken” didn’t make it to the public release (listen to it below – so amazing!)

In the intervening years, as glitchy cut-ups have crept quietly out of the underground, Four Tet has edged closer and closer to a purely electronic 4/4 dancefloor act, a direction I haven’t been able to follow him in. We really were different people 10 years ago, but there’ll always be a special place in my heart for Rounds.

Unlike other albums of 2003 that were unwittingly lost to an unfortunate dalliance with bad memories and misguided life decisions, Rounds is still one of those long players that remains a firm part of my musical identity to this day. It somehow – miraculously – managed to transcend these associations even after playing it to excess through moments of tortured late-teen reflection. One of those albums, then.

For this reason I’m reluctant to label Rounds as seminal – each time it sounds like something fresh, taking and responding to the environment around it like an organism. Every listen brings another new layer to interpret as Hebden’s beats unfurl from their tightly-wound state, dropping familiar sounds of heartbeats next to an electronic glitch, or a guitar note squashed against an unexpected squeak.

Just before this album made its way into my life, I consumed music primarily through a faithful Sony Discman. I would devour albums whole as one continuous piece until finally succumbing to the siren call of the iPod. Chopping and changing between tracks, flittering in and out of genres became de rigeur as my brain would make disjointed connections between ambient and heavy guitar tracks. For most of my collection, these unexpected links sounded kind of out of place. That is, until it came to Rounds, which in itself consists of so many mishmashed themes and sounds that it just worked.

Above all, Rounds for me is about melody. Sure, Hebden is a deft hand when it comes to production, but underneath each track’s clever puzzle-like construction lies a mesmeric tune. Sometimes it’s hidden, but mostly it floats above a bed of clicks and whirrs to bubble into your subconscious.

We’ve got two copies of the 10th anniversary edition of Rounds on vinyl to give away to FBi supporters. Just tell us about your own relationship with the album (one paragraph) – email flog@fbiradio.com for your chance to win.

Peter has presented Utility Fog on FBi since the station’s inception, with a special interest in music that straddles genres and worlds.
He plays cello in Tangents and FourPlay String Quartet, records solo music as raven, and tweets as frogworth. 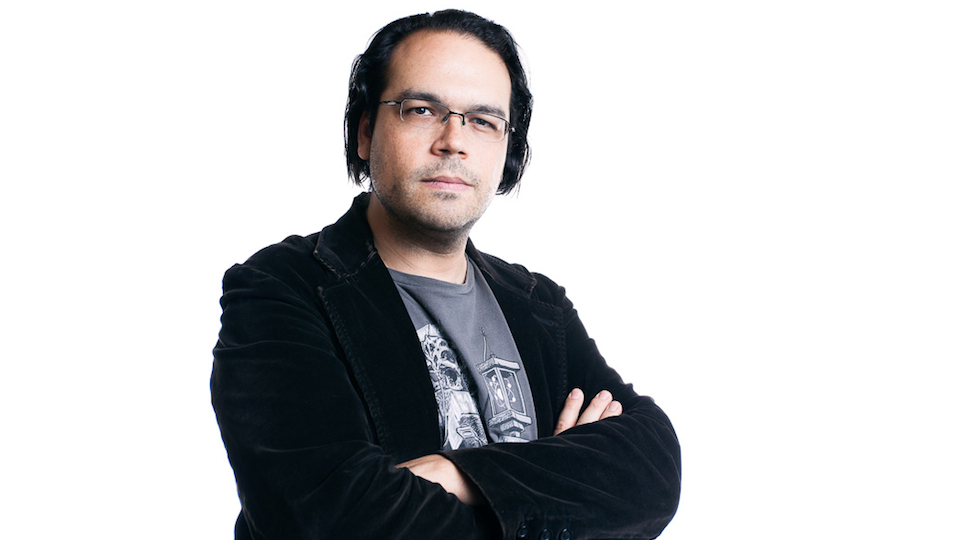