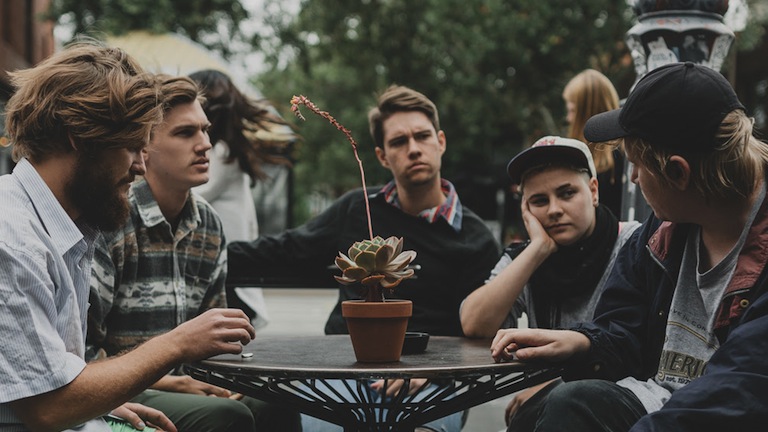 Melbourne’s Jarrow and Brisbane trio Good Boy teamed up for a joint gig in late 2016. In the short period since that fateful show they’ve released a split 7” for Record Store Day, co-headlined a tour, and now the two projects are now basically inseparable. “We’re very much in the same place, not only with what we’re doing with our music, but also just as people,” says Dan Oke from Jarrow.

Dan and Tom Lindeman from Good Boy caught up with Dan Gordon on Lunch to talk about their passionate union and plans for the future. Oke also performs a solo rendition of ‘Cody’ – Jarrow’s contribution to the newly released 7”. Listen above.