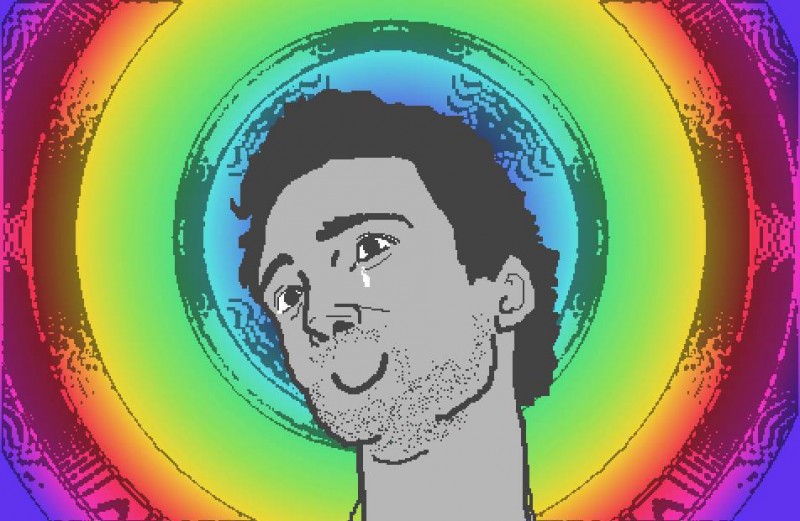 Wave Racer is the perfect late-night treat. All the essential ingredients are there – melodic treacle drizzling over sweet vocoder that melts like honeycomb in the mouth. All resting on a bed of dense synthcake and thick yet brittle percussion. It’s music too delectable to refuse.

Sandro (Flog) :: You’re one half of a disco-slanted production duo called Pablo J & The Lobsterettes. What inspired you to branch off and start making music as Wave Racer?

Wave Racer :: Yeah, Pablo J & The Lobsterettes is very much centred around disco and house music and using a lot of samples, which I love. I started to make music as Wave Racer just because I was interested in playing around with other types of sounds and production. I became more interested in synths and sound design and I wanted to make tunes that reflected that. I’d been making bits and pieces for a while and then I eventually decided to put some of it out there.

S :: Your sound strikes me as a mash-up of producers such as Hudson Mohawke, Rustie and Cashmere Cat. Were they big influences?

WR :: Yep, all 3 of them are really big influences. They all have a really unique approach to their production. I’ve learned a lot from listening to them and figuring out how they compose and produce their music. I’ve been lucky enough to see all of them live as well. Hudmo and Cashmere Cat in particular were 2 stand-out shows. And Rustie’s “Glass Swords” album is massively influential for me. The crazy bright synths and sound effects he uses are amazing. It’s definitely one of my favourite albums.

WR :: I haven’t really done many Wave Racer gigs yet, but at the moment for my live sets I’m just using my laptop and a couple of MIDI controllers. I like to play fun tunes and keep it pretty upbeat. I use Ableton and what I do is essentially DJing, but it’s a lot different to using decks I think. There’s stuff I can do in Ableton really easily that can’t be done on CDJ’s, so I guess that makes my sets a bit more versatile and engaging. When I perform I tend to change tempo a lot because I play a lot of different styles, and finding good ways to mix between styles and tempos is part of the fun. I’m still refining my live sets, but I’m really looking forward to more gigs in the future.