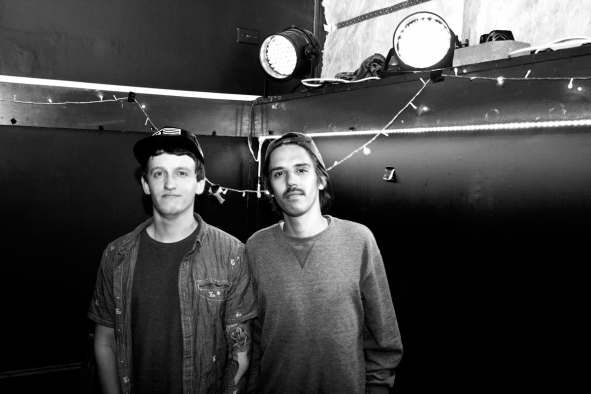 The name LOLO BX (pronounced low-low-bee-ecks) mashes together references to Dr Dre and the rural town of Bathurst. It’s an odd combo that doesn’t really make too much sense, but when you listen to the music…it still doesn’t make sense.

That’s totally okay though! These two Bathurstians are heightening the flow of interesting ideas into Australia’s increasingly large selection of melodic bass music.

Sandro Dallarmi :: You two haven’t been making tunes as LOLO BX for very long. Is this your first project?

Brett Foran (1/2 of LOLO BX) :: We started LOLO BX just over a year ago, but we’ve actually been making various forms of music together for a while. We were playing in different bands when we met in high school, and discovered we both messed with hip hop production on the side. We hooked up and started making rap beats together around 2006, but nothing serious.

We were still always dabbling with beats together but didn’t start taking it seriously until recently. The trap scene started to gain a bit of momentum and we were like “hey, that’s the shit we make!”. It kicked us into gear a bit.

I’m interested to know what and who is influencing your sound. It sits in an odd place somewhere between trap and more harmonious, almost cheesy music.

Collectively we’ve always been influenced by RnB, soulful hip hop and underground American groups like the M|O|D crew. We both started out producing hip hop and RnB type stuff, so we got our name from the first track of Dr Dre’s 2001 album ‘Lolo’. That name was taken though, so we added the BX, which is a common abbreviation for Bathurst.

Corey is a hip hop producer through and through; he’s influenced by people like J Dilla, STWO, Ohbliv, Ta-Ku and Esta. He likes to chop a lot of vinyl samples and search sample packs for unique sounds. On the other hand, I got pretty heavy into the DJ side of the spectrum with Blue Red Army, learning the art of electro and dubstep. So my approach is slightly more – and sometimes excessively – structured. We balance each other out in that respect which is cool.

My electronic influences originate in the more bass driven genres like dubstep and trap. I try to work a half-time backbeat into every song haha. I like making big drops and messing with rhythm and melody, Corey likes laying out chords and the main foundation of a track. That works well for the both of us. That whole trap movement also opened our eyes to how hip hop beats can be blended with more melodic stuff.

So yeah we have pretty eclectic influences. We always make music we like to listen to, so that changes with our taste and exposure to new artists. The Aussie electronic scene obviously influences our direction as well. We love all the young guys that are killing it at the moment like What So Not, Wave Racer, Sable, LDRU and Yahtzel, so our current sound reflects that too. We’re hoping to find our place amongst everyone. Right now we’re just writing like crazy which has so far been paying off in terms of both exposure and musical development.

What’s a night out in Bathurst like? Is there any place for your music there?

Bathurst nightlife is actually pretty crazy. The local uni campus provides some big crowds and DK Pool Club run uni parties every Wednesday night which get a little out of control. Think of an outdoor beer garden covered in a foot of beach sand, foam pits, jumping castles, pools, fire twirlers on the roof, lasers, strobes, CO2 cannons, and DJs on top of a 4 metre scissor lift playing to 3000+ people. On a Wednesday night. We’re good friends with the DK crew and they’ve always been supportive of our music and given us a lot of shows. They’re bringing out a couple of international acts this year so their parties are going from strength to strength.

There’s also a couple of venues that go hard on weekends. I’m a part of a couple of local party agencies Duckface and Oh Buck Yeah, which both throw the occasional weekend event. We’ve brought out acts like Peking Duk and The Aston Shuffle, and last year we put on a massive warehouse party with What So Not, A-Tonez and NatNoiz which was nuts.

The Bathurst crowd is pretty open minded so there is definitely a place here for our music. The local community has helped us out a lot with our online profiles and our triple j Unearthed page which has given us a great exposure platform so we’re grateful for their support.