Conscious & killing it: the women from the West running Sydney hip hop 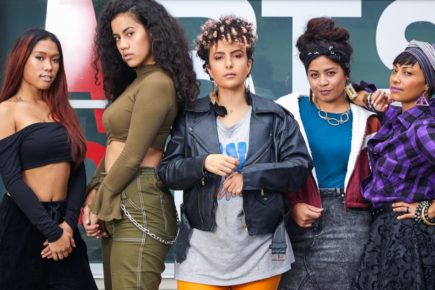 The future of Sydney music lies in the hands of five powerful AF women from the west. Western Syd hip hop artists Mirrah & Zeadala stopped by Mornings with Bridie Tanner to give us the deets on the Conscious artist development program, never missing a chance to spread some of the love that’s so intrinsic to their genre.

By now you’ve probably heard of Rebecca Hatch, Jessica Jade, Mirrah, Nardean and Zeadala – five hip hop artists who are undeniably running the local game. What you might not know is that all five are 2019 participants in the Conscious artist development program.

Conscious is a year-long mentoring program for socially-conscious Western Sydney-based hip hop artists, where they are able to both hone their own skills and assist young people in the community to do the same. Two of the 2019 Conscious participants, Mirrah and Zeadala, dropped in to the FBi Radio studios earlier this week, and gave us some insight into the Western Sydney hip hop scene and the work they’ve done as a part of the Conscious project.

Conscious is representative of the undeniable connection between circumstance and art, which Zeadala highlights:

“I think because of the lack of resources in Western Sydney, a lot of people have had to work really hard and be entrepreneurs and make things work. So I feel like a lot of the music that comes out of Western Sydney is really unique, and it’s raw, and it’s fresh.”

Mirrah echoes this idea, and eloquently summarises the significance of the origins of hip hop culture:

“It’s the same thing about the history of hip hop, the history of RnB, soul, jazz. It comes from an area where you weren’t given anything, so you create your own culture.”

And create their own culture is exactly what they’ve done – and a powerful one, at that. Not only is the music made by each of these artists fresh, innovative and totally true to who they are, but they are acutely aware of the strength found in community.

Listen back to Bridie’s full chat with Mirrah & Zeadala up top, and you’ll soon see that Sydney music is in safe, talented (and very Conscious) hands.