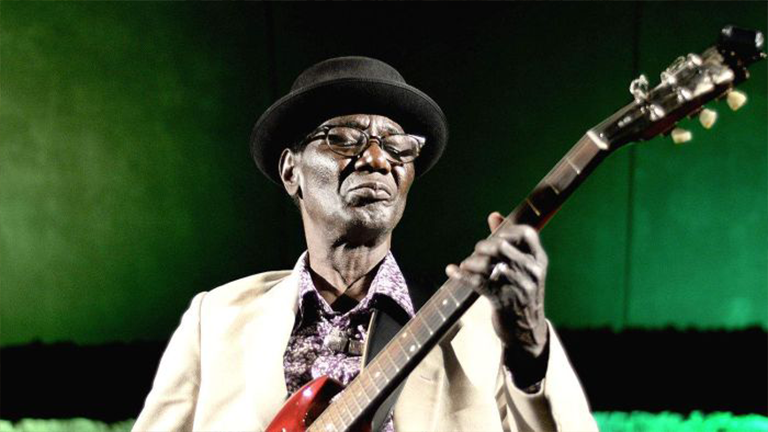 A pioneer of Malian music, Moussa Diakité has been bringing his fusion of African, Cuban, blues and jazz music to captivated audiences for decades. Diakité sat down with Joe Khan on Mornings for Citizens of Sound.

When you listen to Moussa Diakité’s music, it’s easy to understand why so many believe Mali to be the birthplace of American Blues. Infusing an amalgamation of West African music styles with blues, jazz and Cuban music, Diakité’s sunshiny guitar licks and high energy percussion comprise an ultra-cool ‘Afro-groove’.

“Mali is a country of music… In Mali, in 1960 our brothers had been sent to Cuba to learn Cuban music. They came back to Mali and creates ‘Maravillas de Mali’.”

‘Las Maravilla de Mali’ or the ‘Marvels of Mali’ were a group of Malian men who transformed the Malian sound in the 1960s following a trip to the Caribbean. Transposing the sounds of traditional Malian instruments such as the kora and n’goni to a modern Cuban guitar, the group revolutionised Malian sounds. The polyrhythmic, hollow-bodied electric guitar sounds that would feel as much at home in the hands of blues legend Chuck Berry as psych-rock behemoth Jimi Hendrix are a defining feature of modern Malian music.

Raised by the sound of this revolution in Malian music, Diakité recalls his father returning from work each day to pick up his guitar and fill their home with mellow, bluesy guitar licks.

“[My father] bought me my first guitar for my birthday. I started [playing] in 1964. 1966 I was already playing very good guitar, so people called me ‘Doncomodja’ – Gift From God.”

A pioneer of Malian guitar, Diakité moved to Australia in 1994 after meeting his wife at a gig at Enmore Theatre, a real Sydney love story. Teaming up with Australian band Wassado, Diakité continues to evolve his sound and push the boundaries of West African-fusion music. His latest album ‘Kanafo’, released through Big Village Records and Wassa Records, is inspired by the folklore not only of his African heritage but also of the First Nations Peoples of his home in Australia. Diakité’s sound remains unbound by any nation’s borders, a true world musician.

Listen back to Joe Khan’s full conversation with Moussa Diakité up top. Diakité’s new album ‘Kanafo’ is out now – you can purchase your copy here.

Tune in to the next instalment of Citizens of Sound on Mornings with Joe Khan next Wednesday December 9th! Made in partnership with Music in Exile.