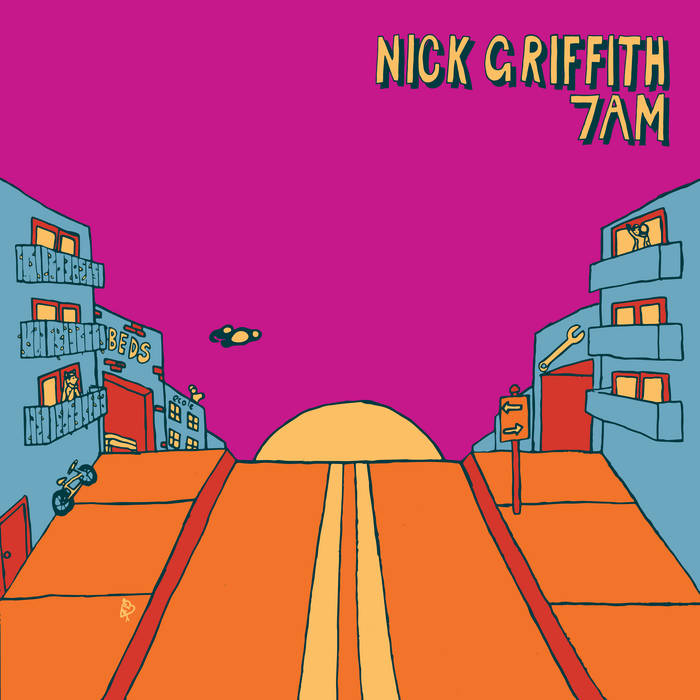 A perennial mainstay of the Sydney music scene, Nick Griffith channels the spirit of mid- to late-aughts indie-pop on his debut solo record, 7am. Written, recorded, mixed and mastered entirely by Nick alone in his bedroom, 7am is an eccentric and joyous explosion of homegrown possibilities, an exploration of building character through limitation. Every musical knick-knack of the record comes alive with this sense of personality, feeling as though it’s been playfully pieced together via its DIY recording into a curious, affectionate whole, from retro drum machines to op-shop purchased microphones and buzzing, analogue synths. A member of Big White, Bored Shorts, High Tails and more, Nick assembles tracks written over the better part of a decade for his debut solo release. In the process, he packages up different versions of himself throughout his early twenties into the tracks on 7am, capturing the uncertainty, bewilderment and sometimes-fatigue felt at the prospect of a new world opening up to you.